I'm a developmental neuroscientist interested in how individual (i.e., genetic susceptibilities) and environmental factors (e.g., training, society) shape social, cognitive, and brain development early in life and beyond. My research most often includes experimental behavioural and brain measures from infants and young children. I also enjoy science dissemination and exchange with the public, from small discussions with parents and practitioners to busy museum workshops with children.

I studied Applied Biology and Health Sciences/ Neuroscience at University of Minho in Portugal. I then moved to London where I did my PhD at the Centre for Brain and Cognitive Development about the associations of daily use of touchscreens devices, like tablets and smartphones, on the development of visual attention and executive function, under the supervision of Professor Tim J. Smith (Birkbeck) and Dr Rachael Bedford (King’s College London). While in London, I was very involved in public engagement activities, particularly on the topic of toddlers and touchscreens – I was a researcher at the Science Museum London, a collaborator at a festival and science show at the Polka Theatre Wimbledon, an organizer of a craftivism workshop for the Bloomsbury Festival, and a volunteer for projects such as Native Science and Soapbox Science.

In 2020 I moved to Stockholm to join the Falck-Ytter's research group at the Center of Neurodevelopmental Disorders at the Karolinska Institutet. Since then, and now as a postdoc at the Development and Neurodiversity Lab at UU, I have been analysing data collected as part of an infant twin study to understand the etiological factors behind early brain and behavioural processes, for example in attention to faces and in physiological pupil constriction. I also provide infant EEG and eye-tracking support to the data collection team, contribute to setting up new studies in the lab, and organize the research team biweekly meetings. 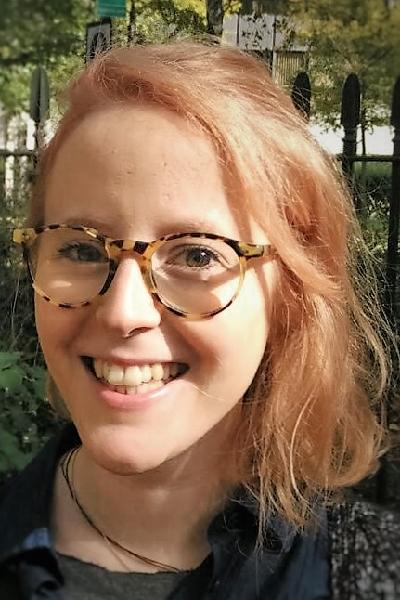