Professor at Department of Physics and Astronomy, Applied Nuclear Physics

The research is to a large extent based on collaborations with the industry, authorities and with international partners in academia and research centres.

2009- Full professor in Nuclear Physics, Department of Physics and Astronomy at Uppsala University. Leader of the Safeguards and Nuclear Fuel Diagnostics Group.

1988-1990: Researcher at the ISV where I was involved in experimental basic nuclear research.

Networks in academia and industry

Initiated the first research activities within nuclear technology at Uppsala University. Besides research and teaching, I was building up a research programme, which eventually became Applied Nuclear Physics.

Initiated dialogues with the Swedish and Finnish nuclear power industry and relevant authorities to create a common ground for research and education collaboration.

Initiator and scientific manager of the PLUTO project in collaboration with the Swedish and Finnish nuclear operators and engineering companies. The project aimed to develop a first-of-its-kind tomographic technique for nuclear fuel diagnostics and validation of core physics calculations and production codes. This project formed the basis for a Ph.D. thesis (urn:nbn:se:uu:diva-4227.

Initiated cooperation with the IAEA and SCK CEN in Belgium.

With Westinghouse and the OECD Halden Project, I was involved in the development of instrumentation for characterisation of irradiated nuclear fuel, resulting in a Ph.D. thesis (urn:nbn:se:uu:diva-6912).

Co-founder of a comprehensive contract education programme directed towards the nuclear industry and authorities at Uppsala University.

Board member of the Swedish Centre for Nuclear Technology, SKC (https://www.skc.kth.se/en/svenskt-karntekniskt-centrum-skc-1.871115).

Started up a project with Westinghouse and OECD Halden Reactor Project to develop a commercial tomographic system for investigation of recently irradiated nuclear fuel. This project was finalised with a Ph.D. thesis (urn:nbn:se:uu:diva-235124).

In a dialogue with the IAEA, I founded the Nordic Academy for Nuclear Safety and Security (NANSS). NANSS is collaborative platform hosted by Uppsala University for further education in nuclear technology. https://www.nanss.uu.se/?languageId=1

Dialogues with embarking countries such as Kenya and Bangladesh on cooperation within nuclear technology education.

Scientific advisor to the county council regarding the plans for construction of a long-term repository for nuclear waste in Forsmark, Sweden.

Member of the Steering Committee of the European Safeguards Research and Development Association.

Director and co-founder of the Swedish Academic Initiative on Nuclear Technology (https://saint.nu/).

2005: Received a scholarship for the development of a novel tomographic technique for use in nuclear fuel development. This work led to an instrument that was successfully installed and used at the OECD Halden Project in Norway. 2007: I co-authored “An Introduction to Nuclear Non-Proliferation and Safeguards”, https://inis.iaea.org/search/search.aspx?orig_q=RN:39057258. 2007: Key-note speaker at the 25 years anniversary of the Belgian Support Programme to the IAEA. 2009: Invited speaker to the G8 meeting in Bologna. 2010: Invited speaker to the IAEA conference in Abu Dhabi for presenting a strategy to attract young researchers to the nuclear field. 2012: I was invited as lecturer for initiating the academic year at University of California Berkley with a talk on Swedish nuclear technology research and education. 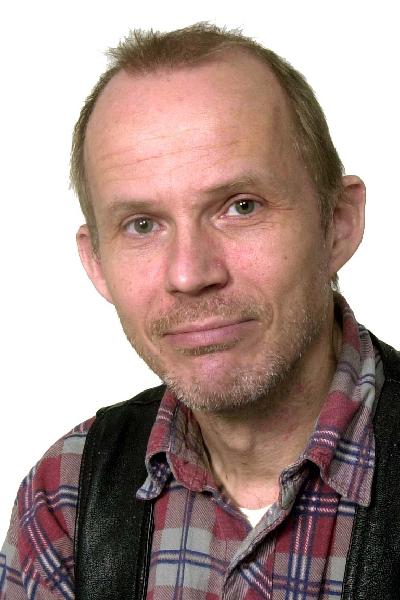