Associate Professor (docent) at the Department of Philosophy, Section of Aesthetics

Entzenberg has worked in a vast range of areas within aesthetics from a post-analytical perspective, covering art, “Bildung,” metaphor, interpretation, literary theory, and Eastern art against the background of the given cultures and histories His current focus is on the ontology of art, the so-called “end of art”, as well as the phenomenon of the resistance of art in general and the literary works of the Swedish author Stig Dagerman in particular. All of the subjects Entzenberg has explored, and continues to explore, are related to the construction of meaning and how, in the end, art makes a difference.

Metaphor as a Mode of Interpretation: An Essay on Interactional and Contextual Sense-Making Processes, Metaphorology, and Verbal Arts (Uppsala, 1998).

Perspectives on Aesthetics, Art and Culture: Essays in Honour of Lars-Olof Åhlberg. Edited by C. Entzenberg and S. Säätelä (Stockholm, 2005).

Grounds of Representation: An Essay on a Dilemma in the Fiction of Jorge Luis Borges and Samuel Beckett (Linköping, 2007).

The Question of Understanding Otherwise: Rehabilitating the Interpretation of Art (Berlin, 2021)

Visiting Fellow at the Department of Philosophy, Cardiff, University of Wales, 1996. Sponsored by Knut and Alice Wallenberg Foundation and Smålands nation.

Research Assistant in the Nordic project “Interpretation, Literature, and Cognition”, 1996-1998, financed by NOS-H.

Research Assistant (2002--2006), at the Section of Aesthetics, financed by The Research Council.

Lecturer in Aesthetics at Uppsala University, since 1999. 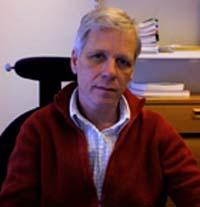