I am professor of history with a special interest in the early modern period in Sweden and elsewhere. I am also interested in the uses of language and language technology, in research methods and research infrastructure. I really enjoy teaching, and I am a firm believer in cooperative forms of work, not least in research.

I consider myself very fortunate to have been able to pursue a career as university teacher and researcher. Interacting with young students, learning from colleagues, and trying to understand people in past societies are sources of joy and fulfilment for me. I have recently described my life as a researcher in Forskarliv (2020).

My research interests are situated at the intersection of social history, economic history and legal history. I am interested in the role of gender at this intersection: how gender has been inscribed in laws and institutions in the past, and what the social and economic effects have been. Particularly relevant in this context is my monograph on married women's property rights Domestic Secrets. Women and property in Sweden c. 1600 to 1857 (University of North Carolina Press 2009).

I am the leader of the research project "Gender and Work" (GaW), the aim of which is to increase our knowledge of women’s and men’s work in the past. See http://gaw.hist.uu.se. The first phase of the project covered the period 1550 to 1800, started in January 2010 and was completed in December 2014. It was made possible when Knut och Alice Wallenbergs Stiftelse (the Knut and Alice Wallenberg Foundation) appointed me Wallenberg Scholar. An important part of the project is the development of the database GaW. The second phase of the GaW project started 2017 and will continue until 2021 thanks to a prolongation of the Wallenberg Scholar grant in 2016. In this phase, we focus on the period 1720 to 1880. The third phase of the project started in January 2020 and will continue until 2029. This phase is funded by the Swedish Research Council through a Rådsprofessor grant (Distinguished professor grant).

I am interested in how Swedish research in the humanities can be disseminated more broadly in the world. For this reason, I am committed to developing academic writing in English, in particular for graduate students (with Thomas Lavelle, Stockholm Business School). Likewise, I am engaged in the public humanities and am developing (2020) a course for PhD students (with Sven Widmalm, Jenny Beckman and Lars M. Andersson).

I was the Swedish representative in the European Science Foundation, Standing Committee for the Humanities, between 2007 and 2010, and was engaged in the Infrastructure for Humanities Expert Group. We produced the Science Policy Briefing Research Infrastructures in the Digital Humanities (2011; ISBN 978-2-918428-50-3). Since 2020, I am a member of one of the consultative groups for research infrastructure at the Swedish Research Council. For more information on roles I have held earlier at the Swedish Research Council and at the Faculty of Arts at Uppsala University, please see my CV.

At the History department, I am involved in the Early Modern History MA-programme, run since autumn 2010. At the graduate student level, I teach the Introductory course and the Applied theory course. I have been director of studies for the PhD programme in history 2010–2013 and 2017–2020. I have supervised 18 PhD students to completion of their doctorates. At present I supervise three PhD students.

I welcome research students interested in early modern social history, particularly in the fields gender and property, and gender and work. Even if my own field of expertise is mainly in Swedish/Scandinavian history, I have an interest in European and non-European history as well.

This bibliography was updated in August 2020. 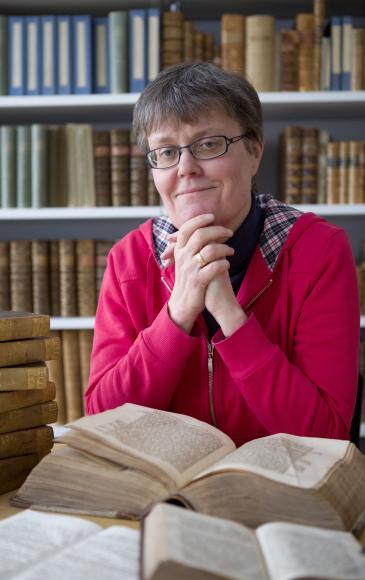