Professor at Department of Physics and Astronomy, Materials Physics

Björgvin Hjörvarsson is heading the material physics group at the Department of Physics and Astronomy. He has an extensive expertise on low dimensional aspects of phase transitions, especially within the fields of magnetism and hydrogen in metals. Hjörvarsson is the PI of the Super ADAM project, which currently is the only Swedish neutron facility serving the scientific community. He is an elected member of the Royal Academy of Sciences and the Royal Society of Sciences.

Commissions of trust (selection) Head of the materials physics division at Department of Physics and Astronomy at Uppsala University. Elected member of the Royal Academy of Sciences (KVA). Elected member of the Royal Society of Sciences (Uppsala). Elected member of ESS SAC (2014-). Member of ”beredningsgruppen” in engineering sciences at TFR & VR(98-00, 04, 06-07, 14), RFI (11-14), STINT(2007-), Center for Nanotechnology (09-), Svenska Institutet (10-) member of the peer review panel of the Danish Council for Strategic Research (09-), DOE (03-09), ERC expert (11-), EU expert (11-), member of the expert group for the New Eurasia Foundation, as well as evaluator for the research boards in Norway, Holland, Denmark, Chile, Iceland and USA. IEA Expert. Editorial Board Member for Scientific Reports (Nature publishing group) Chair of the CAI board (Centre for Accelerator and Instrumentation, (07-12) Member of the board of Micro structural Laboratory (MSL, 07-08), Member of the DOE reference group on H storage 2003 (nano). Elected member of the board of electors for the national research council (2006). Chair of a master program at UU (06-10) Editor for "Vakuum Nytt" 1992-1994. Secretary, Vice President, President Elect and Past President of the Swedish Vacuum Society. Opponent in > 5 licenciate thesis, 10 Ph D thesis, > 18 Ph.D. juries, external evaluator for the first graduate student in Iceland, within physics. Member of the Steering Committee of the International Symposium on Metal Hydrogen Systems and International Symposium for Metallic multilayers (MML). Member (secretary) of the organizing committee for EVC-4 (European vacuum Conference), held in Uppsala June 1994. Member of the organizing committee for MH-2008, hosted by the nordic countries in Iceland. Co-chairman (with L. Westerberg) of an IUVSTA workshop “Outgassing properties of materials: The kinetics and thermodynamics of adsorption, desorption and passivation” March 1997. Organizer (& chairman) of TMR workshops, Stockholm Mars, 1999 and in Iceland September 2001. Chairman of the International symposium on hydrogen in matter (2005) Elected Scientific member of the Böhmische Physical Society (Cornell, USA). Evaluator for appointment of lecturers and professor positions in England, Germany, Sweden and Iceland. Chairman of a NORDITA program on the influence of confinement on phase transitions (2010). Initiated and organised a number of summer schools (low dimensional magnetism, hydrogen in matter, and and x-ray scattering). Chair /Co-Chair (alternating) for a Swedish-German summer school (with Hartmut Zabel) 2007-2014. Chairman of MML 2016 (Uppsala).

Appointments as reviewer for international journals and books Nature (editor), Referee for Europhysics Letters, Nuclear Instr. and Methods, Vacuum, Thin Solid Films, journal of catalysis Phys. Rev. B, Phys. Rev. Letters and Journal of Alloys and Compounds. Previously member of the editorial board for Superlattices and Microstructures and the Brazilian Journal of Vacuum applications

Research achievements and interests I have initiated and build up a significant competence within the field of magnetism and hydrogen in metals. These fields cover a wide range of basic and applied activities and are based on the exploration of the influence of confinement on ordering. This activity has generated high level of competence as well as instrumentation at Department of Physics and Astronomy. The current emphasis is on finite size effects on structural and magnetic ordering, Additive Manufacturing and energy storage and energy transformation. The activity is heavily based on national and international collaborations within experimental, as well as theoretical physics and engineering sciences. The success of the research program I am heading is well judged from the number and location of invited talks and publications.

For information abut the research activities at the materials physics, see: http://www.physics.uu.se/forskning/materialfysik/ 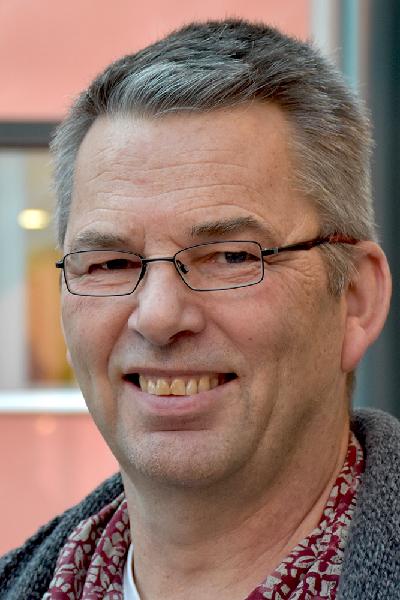