Project manager at Department of Physics and Astronomy, FREIA

At Uppsala University, there is the FREIA laboratory. Here physicists, engineers and technicians from all around the world test and develop new instrumentation and new accelerators. Accelerators are used for physics research and development of new materials and for the diagnosis and for treatment of diseases and archaeological dating. FREIA Laboratory is participating in the construction of the European Spallation Source (ESS) in Lund and the ongoing upgrade of the LHC accelerator at CERN by testing and developing new superconducting accelerator technology. In the future, FREIA will be in a position to participate in many exciting and high-tech national and international accelerator and instrumentation projects.

My current interest in High Energy Physics are in the search for the Higgs boson, in particular for the non-Standard Model charged Higgs boson, in the ATLAS experiment at the Large Hadron Collider at CERN and in the development of a neutrino Super Beam experiment, using the ESS linear accelerator as proton driver, to measure CP violation in the neutrino sector.**

As from 1978 I developed, proposed and built the Ring Imaging Cherenkov (RICH) detectors for DELPHI together with Tom Ypsilantis, Jaques Séguinot and others. My main physics interests in DELPHI were to use these RICH detectors to identify kaons to measure the ssbar asymmetry and to search for the charged Higgs boson.

In ATLAS we have developed and contributed Silicon microstrip detectors to the tracker, a contribution led by my Uppsala colleague Richard Brenner, and continued the search for charged Higgs bosons. More recently we included the search for, and measurement of, the neutral Higgs boson, in particular through its decay to τ+τ-.

In November 1997 I organized a Middle East Scientific Collaboration (MESC) conference in Torino on “Instrumentation for High Energy and Synchrotron Radiation Physics” attended by around 30 physicists from the Middle East and in June 1988 the first MESC/SESAME council meeting in Uppsala which became the starting point for the international SESAME Synchrotron Radiation Laboratory in the Middle East under the auspices of UNESCO located in Jordan, of which I currently am one of the two Council Delegates for Sweden as Observer Country.

In 2003 I initiated the organization and development of the Swedish data grid, Swedgrid, primarily for the analysis of LHC data and integrated that as part of the Nordic Tier1 node in the World LHC Computing Grid.

Since the 1990s I am involved in the CLIC e+e- collider development program at CERN and in 2005 we started, together with Volker Ziemann and Roger Ruber, to build up the CLIC Two Beam Test Stand which we are currently using to study the cause of discharges in the accelerating structures and their influence on the accelerated beam.

In 2011 I involved our Uppsala accelerator development group in the European Spallation Source (ESS) project in Lund, taking on the task to develop and test the system of the 352 MHz radio frequency (RF) source and accelerating cavities. For this a new accelerator development sub-department was created at Uppsala University of which I am currently the director. On the basis of our involvement in the ESS linac I proposed in 2012 the use of the future world unique 5 MW, 2.5 GeV ESS linac to produce a very intense neutrino Super Beam for CP violation measurements. Currently I am preparing together with Marcos Dracos and others an EU Design Study application for resources to pursue the studies of this project further. 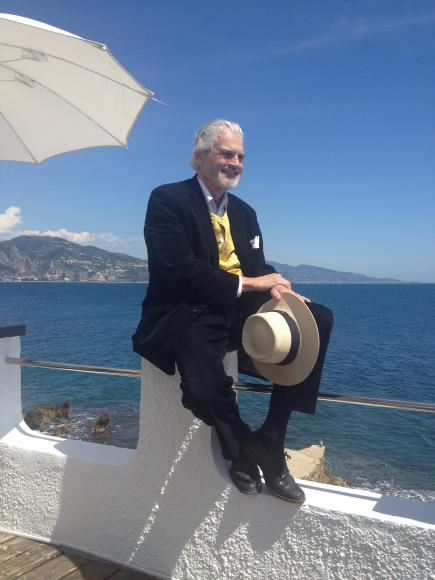