Professor at Department of Peace and Conflict Research

Senior Professor of Peace and Conflict Research, since 2012.

Peter Wallensteen is now Senior Professor of Peace and Conflict Research at Uppsala University (since 2012) and Richard G. Starmann Sr. Research Professor of Peace Studies at the Kroc Institute, University of Notre Dame, USA (since 2006). From 1985 to 2012 Wallensteen was the first holder of the Dag Hammarskjöld Chair in Peace and Conflict Research at Uppsala University. He was also the Head of Department from 1972-1999, thus being heavily involved in the creation in all aspects of the Department.

Prior to this he was setting up (together with Lena Wallensteen and Bo Schiller) the first courses in Development Studies, and leading the unit for its first years.

In addition to the affiliations with Uppsala University and the University of Notre Dame he is also an Associate of the Nordic Africa Institute, Uppsala, and a Senior Research Fellow of the Dag Hammarskjöld Foundation, Uppsala. Presently he is also a member of Advisory Council (Insynrådet) of the Folke Bernadotte Academy, and member of Advisory Councils of the project on Varieties of Peace (Umeå University) as well as coordinator for chapter 10 in the forthcoming report of the International Panel on Social Progress (with Prof. Michel Wieviorka, Paris).

From 1978 to 2015 he directed the Uppsala Conflict Data Program (UCDP) and a number of his publications build on the work within this program. One example is the book Understanding Conflict Resolution which now is in its fourth, revised edition (Sage, 2015, also in Arabic and Korean). It is used in teaching world-wide.

Among his most recent publications note Quality Peace (Oxford University Press 2015), which broadens the perspective on post-war peacebuilding. With Madhav Joshi, the edited book Understanding Quality Peace (Routledge 2018) further deepens this, through general studies and case analyses. This relates in particular to his association with the Kroc Institute, University of Notre Dame, where there has been a close collaboration between UCDP and the Peace Accords Matrix, PAM.

With Ambassador and Visiting Fellow Anders Bjurner he edited Regional Organizations in Peacemaking (Routledge 2014), which asks the question whether regional organizations constitute challenges to the United Nations.

His Peace Research: Theory and Practice (Routledge 2011, in Chinese 2014) brings together his work on war causes, conflict resolution, sanctions and academic diplomacy.

With Isak Svensson he published The Go-Between on mediation experiences (USIP Press 2010) and their book on Nordic mediators Fredens Diplomater (Diplomats of Peace, in Swedish) came out in 2016.

Wallensteen’s first research concerned economic sanctions and he continues to be engaged in this issue. In 2001-2003 the Department and Wallensteen led an inter-governmental effort to reform UN sanctions and making targeted sanctions work more effectively. The website smartsanctions.se reports on this. Particularly with Dr. Mikael Eriksson he continues this work.

In Uppsala the course Classics in Peace Research is regularly offered to the new Ph.D. candidates.

With Isak Svensson he set up a new course on Maters level in 2013 on Conflict Resolution and Leadership and Svensson is now pursuing this.

At Notre Dame the course International Peace Research: Origins, Methodologies, Results, was initially offered for Master students (in 2006) but has since 2008 moved to the Ph.D. level.

Wallensteen is a guest lecturer at a host of other courses, as invited by the teachers.

A special commitment has been the Philosophy Tea sessions, given 2-3 times each semester at the Regina Theatre, Reginateatern, Uppsala, discussing different philosophers, writers or practitioners that have contributed to peace thinking through the ages. This was initiated as part of the Uppsala Year of Peace, 2014, and has continued since then.

Since 2016 he is the Inspector (Custodian), Västmanland-Dala Nation (Student Organization), Uppsala University, 2016-2021.

He is also a member of the Scientific Council of the Swedish Physicians against Nuclear Weapons.

The government has also named him a member of the Reference Council for the Swedish Membership in the UN Security Council, within the Ministry for Foreign Affairs, Stockholm.

The Department has recorded a lecture on the origins and developments of peace research globally and at Uppsala University with Professor Peter Wallensteen:

Nordic Mediation: Assessing Success in Mediation, building on the work with Isak Svensson and published in Swedish in 2016, Fredens Diplomater. Från Bernadotte till Ahtisaari (Stockholm: Santérus). 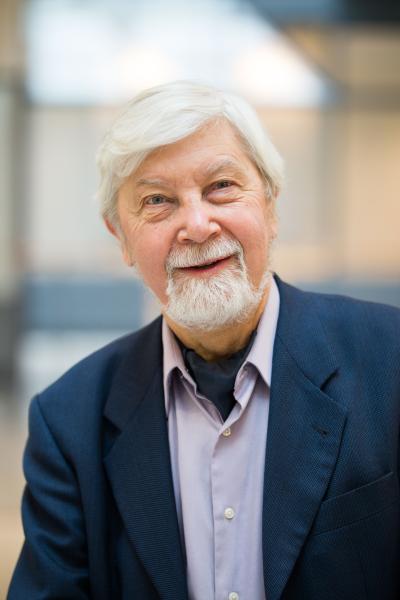