This homepage contains information about my education, teaching “career”, research, and publications. There are links to some of the works.

Here is my Curriculum Vitae in English.

I have published two textbooks of logic in Swedish (B2, B6). Grundläggande logik (four editions, Lund, 1992-2003) is or has been used in several educations in Sweden and Finland – in computer science, mathematics, and philosophy. The textbook covers the fundamentals of sentential logic and predicate logic, basic set theory, definition theory, and the logical foundations of logic programming. It outlines metalogic up to the completeness theorems and their immediate consequences. The book is to a large extent based on the principle of learning-by-doing in order to develop logical craftsmanship in the reader. All the basic problem types in elementary logic are defined, and methods and heuristic rules for their solution are formulated. The book contains a wealth of exercises most of which have been developed by the author for exams or for the book.

My work on the foundations of quantum mechanics can be found in (B1, B3, B5, A1, A2, A3, A8). Here the main publication is my PhD thesis, Logical Physics: Quantum Reality Theory, from 1996. According to the established interpretation of Bell’s theorem, it shows that quantum mechanics is incompatible with the conjunction of realism and locality. At least one of them must be abandoned, it is claimed. I show that that there is an alternative interpretation of the theorem which allows for both locality and realism, and I begin to outline new foundations for quantum mechanics which are both local, realistic, and complete in the sense of Einstein-Podolski, Rosen — in accordance with the guidelines which can be inferred from the new interpretation of Bell’s theorem. This demands a quantum ontology where functions are fundamental rather than space, time, particles, and fields, where reality is operationally defined, and where logic is based on this operational ontology. In Chapter 2 of (B5), “Realism and Causality in Quantum Mechanics” I prove the inconsistency of Bohm’s Quantum Potentiality Theory. In (A11), I use my ideas on the foundations of quantum mechanics to solve the ontological problem of free will, something which cannot be achieved in any other approach to quantum mechanics..

Between 1998 and 2007, I worked mostly on the foundations of relativity theory (B8, A15). The work is still in progress. I show that there are two forms of the Special Theory of Relativity, a weak form, MIN‑STR, and a strong form, MAX-STR. Though they are not equivalent, physicists slip back and forth between them as if they were. MIN-STR is consistent and well verified; and it is sufficient for most of the important results in the Special Theory of Relativity, STR. MAX-STR is inconsistent which can be shown by the Sagnac effect, by the Real Twin Paradox (A15), and in at least seven other ways. The General Theory of Relativity, GTR, implies MAX-STR and is therefore also inconsistent. I formulate a consistent alternative to MAX-STR, Transformation Theory (TT), which is consistent and well verified. It can be extended to a General Transformation Theory (GTT) which replaces GTR. In contrast to MAX-STR and GTR, TT and GTT give consistent theories of space and time and they are superior to STR and GTR in the analysis of rotation. In TT and GTT, space and time are entangled; but the idea of a spacetime so dear to relativity theorists has to be given up.

In a recent, still unpublished, work in progress with the working title “Logical Analysis of the Dark Energy Hypothesis”, I try to show that the “proof” given by astrophysicists of the accelerating expansion of the universe is incomplete and that there, from a physicist’s point of view, are good reasons to believe that though the universe is expanding, the expansion does not accelerate. 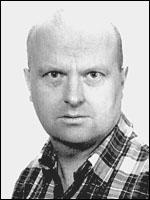