Professor at Department of Literature

Paula Henrikson is a professor of literature at the Department of Literature, Uppsala University, and Deputy Dean at the Faculty of Arts, with special responsibility for research and PhD studies. She received her PhD in 2004 and was promoted to Docent in 2009. She held appointments as a Postdoctoral Research Fellow from 2006 to 2008 (funded by the Swedish Research Council), as a Research Fellow at the Swedish Academy from 2009 to 2013 (funded by Knut and Alice Wallenberg Foundation), and as a Pro Futura Scientia Fellow (funded by The Swedish Foundation for Humanities and Social Sciences) at the Swedish Collegium for Advanced Study from 2014 to 2018.

Among Henrikson's publications are the books Dramatikern Stagnelius (2004), Textkritisk utgivning (2007), Detta tryckpapperstidevarv: Litterär editionshistoria i Sverige under det långa 1800-talet (2018), and the edited volumes Geschichte der Edition in Skandinavien (ed. with Chistian Janss, 2013) and Time and Temporalities in European Travel Writing (ed. with Christina Kullberg, 2021) . She has been awarded prizes from the Swedish Academy, the Royal Swedish Academy of Letters, History and Antiquities, and the Royal Society of Humanities in Uppsala. Henrikson teaches and supervises in subjects related to 18th to 20th century literature, romanticism, poetry, drama, ecocriticism, textual criticism, and book history.

In her current research Henrikson explores the cultural transfer involved in the interplay between national identities and classical models in Swedish romantic literature. More specifically, the reception of Graeco-Roman antiquity is explored in four key areas of investigation: philhellenism, translation, drama, and travel writing. An overarching ambition is the rethink and bridge the divide between classicism and romanticism, and between Enlightenment cosmopolitanism and romantic nationalism. 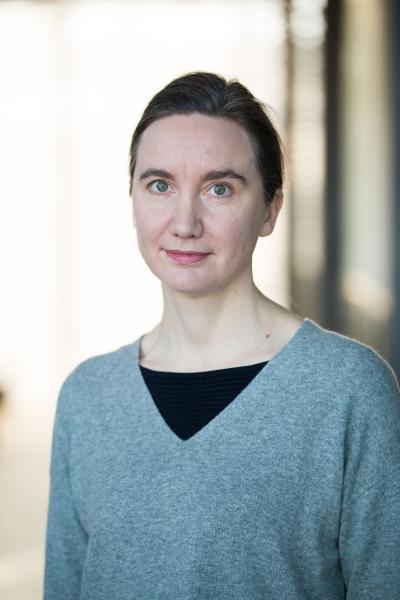