Professor at Department of Sociology, Faculty

Sandra Torres holds a Ph.D. and is Prof. of Sociology & Chair of Social Gerontology. "In recognition of outstanding achievement and exemplary contributions to the field of gerontology", she was awarded Fellow status by the Gerontological Society of America (GSA), and is Editor-in-Chief of Ageing & Society. GSA awarded the Richard M. Kalish Innovative Publication Award to her for Ethnicity & Old Age: Expanding our Imagination. She is a member of the (Swedish) Royal Society of Sciences.

Prof. Torres is a sociologist of aging who has conducted numerous studies that problematize old age-related constructs, shed critical light on commonly used methods in health and social care and deconstruct some of the taken for granted assumptions that guide policy and practice for the older segments of our populations. This is why she is often regarded as a critical gerontologist. Sandra's main contributions to research on aging and old age are based on research that has aimed to expand the social gerontological imagination through the use of knowledge gathered in the sociology of aging, the sociology of ethnicity/ race and migration as well as in social work. Prior to joining the professorial team of this department, Sandra held an (adjunct) professorship in rehabilitation and aging (at Oslo University College in Norway between 2008-2012) and a professorship in social work (at Mälardalen University in Sweden between 2009-2010).

Sandra's research has received funding from the two main Swedish research councils for social sciences, i.e. the Swedish Research Council (or Vetenskapsrådet in Swedish), and the Swedish Research Council for Health, Working Life and Welfare (known as FORTE in Swedish). Her most recent grant has been awarded by the latter for the Swedish part of a five country European project on older people's civic participation, which begins in October 2021 under the acronym of CIVEX (which stands for 'Exclusion from civic engagement of a diverse older population: features, experiences and policy implications'). CIVEX is funded as part of the Joint Programming Initiative More Years, Better Lives, which is a collaboration between European and national research programs, which is why FORTE funds the Swedish part of the project. The CIVEX consortium includes five European countries selected to represent contrasting welfare state regimes and cultural contexts: Anglo-Saxon (UK), Continental (Belgium), Nordic (Sweden and Finland) and Southern (Spain) under the leadership of Dr. Rodrigo Serrat at the Univ. of Barcelona. Prof. Torres leads the Swedish team that will be working under the CIVEX umbrella over the course of the next three years (i.e. 2021-2023). The homepage for the CIVEX project (where you will be able to find, among others, publications in due course) is: www.civex.eu . For information in Swedish about CIVEX see the Dept. of Sociology's Welfare Research Group project homepage: Samhälleliga engagemang bland den äldre befolkningen - Sociologiska institutionen - Uppsala universitet (uu.se)

In addition to the CIVEX project, Sandra is currently the Primary Investigator for a project on documentation practices within needs assessment in eldercare. This project focuses on the role that documentation plays in the need assessment process that older people in need of help and support undergo when trying to access eldercare services since there are surprisingly few studies – both in Sweden and internationally - that specifically focus on this. The project aims therefore to shed light on how care managers within eldercare reason about documentation practices in general, and especially in light of the increasing demands for standardization that are placed on welfare representatives. In addition, the project aims to analyze case files so that we also can shed light on what (and how) care managers within eldercare actually document. The project is being conducted in collaboration with Dr. Anna Olaison (who is primarily responsible for the data collection that will rely on focus groups) and Dr. Maricel Knechtel (who is primarily responsible for the quantitative analysis of case files). Both of them are employed in this department; the later holds also a position at Region Uppsala. For information about this project (in both English and Swedish) see: Dokumentationspraktik inom äldreomsorgen - Department of Sociology - Uppsala University, Sweden (uu.se)

Sandra was recently appointed by Cambridge University Press as Editor-in-Chief of Ageing & Society; one of the leading journals in the socio-behavioral sciences of aging (with an impact of 2.786 according to the 2020 Journal Citation Reports). She is also the President of the Research Committee on Aging of the Int'l. Sociological Association (also known as ISA's RC-11) and of the Int'l. Association of Gerontology & Geriatrics: European Region (IAGG-ER). As such, she is a member of the Executive Committee of IAGG-ER. Since 2006, she co-convenes the Gerontological Society of America's Interest Group on International Aging and Migration.

How has prof. Torres' scholarship contributed to research, policy and practice?

Listing all of Prof. Torres' contributions to these areas is not possible. A couple of the most recent ones deserve, however, attention. At the national level, Sandra was, for example, one of the scientific experts who worked on the latest policy plan on quality within elderly care that the the Swedish Government launched in 2017 (which in Swedish is called the SOU Nationella Kvalitetsplan för Äldreomsorgen). At the European level, she was also a member of both the Steering and the Management Committee for the COST- research network on old age and social exclusion (known as ROSENet; a network that brought together 180+ researchers in 41 countries). Together with Prof. Ariela Lowenstein (Haifa University, Israel), she co-lead the Working Group on Civic Exclusion in this COST-funded network (which had funding between 2016-2020, and lies behind the CIVEX project mentioned above).

Her latest sole authored book in English - which is entitled Ethnicity & Old Age: Expanding our Imagination (Policy Press, 2019) - received the Gerontological Society of America's Richard M. Kalish Innovative Publication Book Award in 2021. Her latest co-edited collection (in English) is entitled Critical Gerontology for Social Workers (Policy Press, 2022), while in Swedish she co-edited the one entitled Äldrevård och omsorgen i migrationens tidevarv (published by Studentlitteratur in 2021), which focuses on the implications that migration has had on Swedish eldercare. At present she is co-editing the Handbook on Migration and Aging (for Edward Elgar Publishing, and scheduled to be published in 2023/ 24).

Prof. Torres sits on the Editorial Board of established peer-reviewed journals such as the Journal of Aging Studies and Ethnicity & Health as well as in more recently established ones such as Vulnerable Groups and Inclusion and Socialvetenskaplig tidskrift. She was also one of the founders of, and Associate Editors for, one of the first open-access journals in gerontology: the International Journal of Ageing and Later Life for many years, and served also in the board of the Journal of Gerontology: Social Sciences and Social Policy & Society.

What are some of Prof. Torres' contributions to the Department of Sociology?

Besides the numerous PhD Candidates that she has supervised and mentored up to the completion of their degrees, Prof. Torres founded (in 2012) - together Prof. em. Rafael Lindqvist - the Research Group on Welfare; a group that brings together close to thirty researchers who are disciplinarily trained in either sociology or social work and conduct research on inequality and welfare. She co-lead this group up until 2020 when she took over the Head of Department role (which she held between 2020-2021). Worth noting is perhaps that she was Deputy Head of Department between 2014-2018, and that in that capacity, she played an instrumental role in securing the university funding necessary to establish the Centre for Social Work (CESAR), the chair in social work as well as the PhD program in that discipline. 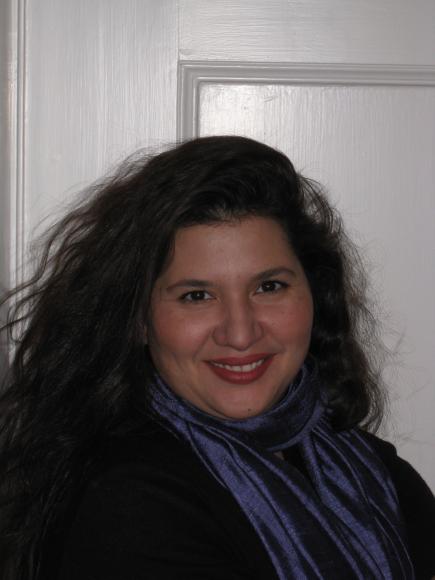