Professor at Department of Theology, Empirical-Practical Studies of Religion and Theology

Mia Lövheim is professor in sociology of religion since 2011. Her research focus primarily on the interplay between media, religion and culture in social debate and identity construction. Her studies about how religion become represented in Swedish and Nordic daily press and public service media, values, gender and religion among Swedish female bloggers and discussions about religion among young adults using Swedish webb communities are published in several international books and journals.

Sociology of religion studies religion as a social phenomenon, meaning how religious beliefs, practice and institutions become constructed through communication and social interaction on an individual, group and societal level. My research mirrors how sociology of religion during the latest decades have developed from focusing primarily on Christian denominations and secularization to the complex ways in which the meaning and role of religion is negotiated between different actors in for example media, politics and education an increasingly diverse society with regard to identities, values and social relations.

I gained my PhD in 2004 with the dissertation ”Intersecting Identities: Young People, Religious Identity and Interaction on the Internet”. As the first study about religion on the internet in Sweden it contributed to establishing the new international research area Digital religion. My post doctoral research has developed this theme in two directions. The first concerned performances of gender, values and religion among young Swedish popular female bloggers, within the project Between Postmodernity and Tradition: Young Women's Values in Mediated Stories on the Internet (2008-2010). The second studied changing contexts for and tendencies in constructions of religious identity among youth, within the project Religion som resurs? Existentiella frågor och värderingar i unga svenskars liv ( 2009-2011).

During the years 2010-2018 my research has focused on representations of and debates on religion in the daily press. In the project ”The resurgence of religion?! A study of religion and modernity in Sweden with the daily press as case study” I analyzed in Swedish editorial texts between 1975-2010 in cooperation with director Alf Linderman, the Sigtuna Foundation. As part of the Linneaus Research Programme The Impact of Religion, a Centre of Excellence at Uppsala University I have been directing the projects ”Constructions of religion and the secular in contemporary Swedish public debate. An analysis of three case studies 2000-2012” and ” Youth and Religion. A survey of the role of religion for young people’s living conditions in Sweden”.

In 2015-2018 I studied how Swedish public service media represent Islam and discuss religious diversity in the public sphere. This study was part of the project ”Engaging with Conflicts in Mediatized Religious Environments. A Comparative Scandinavian Study" hosted by the Department of Media and Communication, University of Oslo (se

In the fall of 2019 I will be contributing to the project Nonreligion in a Complex Future (NCF), hosted by Professor Lori Beaman, the Canada Research Chair in Religious Diversity and Social Change, University of Ottawa. which seeks to understand the moral and social dimensions of the rapidly growing category of non religion. My research will focus on media representations of nonreligion and religion with regard to social institutions such as health, law, education, and in the environment and migration.

I actively participate with presentation of my current research in international conferences and workshops. I am also a member of several international research boards and projects. From 2018 I am a co-editor of Nordic Journal for Religion and Society. My research is published in articles, books and chapters listed below. 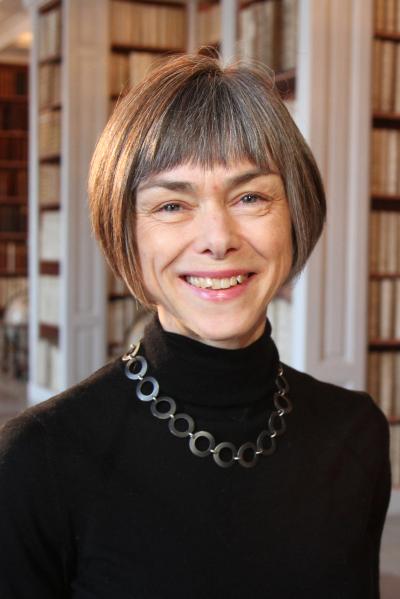