Curator at Museum of Evolution, Palaeontology and mineralogy

I am the Senior Curator in Charge of the palaeontological collections at the Museum of Evolution, and looking after the museum’s collection of fossil invertebrates in particular. My research is divided between Lower Palaeozoic molluscs and arthropods, looking at their systematics, diversity, palaeoecology, biostratigraphy, and faunal distribution patterns. History of natural science and the history of palaeontological collections and collectors from Scandinavia is another topic of interest.

Early evolution of molluscs: I am mostly interested in the diversification of gastropod, tergomyan and rostroconch molluscs during the Ordovician, and the subsequent extinction at the end of the period. Besides systematics, the biostratigraphy, biogeography and ecology of these groups and how this is linked to environmental proxies is my main focus.

Early arthropods: I mainly work on Cambrian and Ordovician trilobites, their systematics, distribution and as tool in biostratigraphy. One topic of interest is the lower Cambrian of Baltoscandia. The origin and evolution of arthropods is of great interest.

Early Life: Evolution of early biota and complex ecosystems took place during the Ediacara-Cambrian transition. A suite of stem-group bilaterian animals, vendobionts, radially organized organisms and inhabitants of the planktonic realm emerged in a succession of events leading to the increased diversity of the Cambrian seas. In Scandinavia this entire transition can only be studied on the Digermulen Peninsula in arctic Norway. The Digermulen Early Life Research Group, consisting of a team of international researchers, has been studying the succession for a number of years. 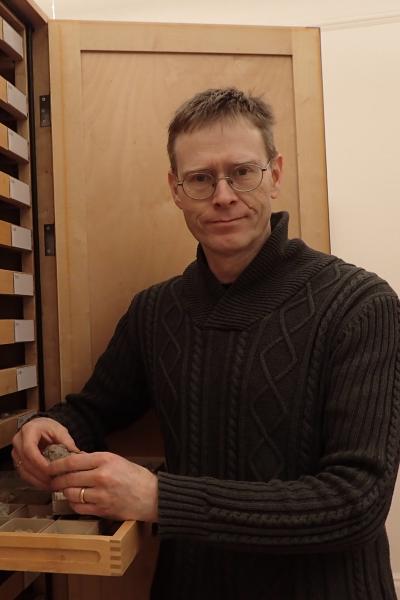