Senior Lecturer of History, main research interest is gender in Early Modern Sweden, has written about conceptions of rape, notions on violence, masculinity and state formation, and concepts of gender and marriage in political discourses around the turn of the century 1800. Presently in the Gender and work research group, working on intersectional perspectives of the every-day work of early modern men, women and children.

Karin Hassan Jansson (born 1966) received her Ph.D. in history from Uppsala University in 2002, with the thesis Conceptualizing rape: gendered notions of violence in Sweden 1600-1800 (in Swedish). She has held non-tenure positions at Mid Sweden University and Uppsala University, and a tenure position as senior lecturer at Södertörn University. In the Spring 2011 she was a visiting fellow at Swedish Collegium of Advanced Study (SCAS) in Uppsala. Since 2010 she holds a permanent position as senior lecturer at the Department of History, Uppsala University. From 2013 to 2019 she was Director of Undergraduate Studies at the same department and she is currently the Deputy Head of the department.

Jansson’s research has primarily focused on gender related issues in Swedish society from the Middle Ages up to the middle of the nineteenth century. The complex and changing web of written and unwritten rules which lay the foundations for the actions and arguments of people in past societies have been her main interest. At an empirical level her research includes case studies of the gendered conceptions of rape 1600-1800, notions on masculinity and violence 1450-1650, changed attitudes to male and female sexual lust in the late eighteenth century, gendered politics around the turn of the century 1800 and the complex relation between gender, work and identity from the early modern period in to the nineteenth century. The practices of the household, ideas about it, and the way the household influenced authority and social relations have been in the core of all her research. At a more general and theoretical level she has used the results from her empirical case studies to scrutinize the borders of the early modern period. Thus, her research is situated in the field of social history and (new) cultural history. Currently, she is doing research in the project “Gender and Work”, headed by professor Maria Ågren, and cooperate with scholars at Aarhus University in the interdisciplinary and comparative project “The Nordic Household State”. The book Horet i Hälsta: en sann historia från 1600-talet, coauthored by Jansson and Jonas Lindström was awarded with the Prize of the Friends of the Vasa museum in 2019 and the Disa Prize in 2020.

Jansson’s teaching experience spans all levels of university education in history. She has worked extensively on the teaching of theory and method in connection with thesis work and in 2006 she received the Pedagogical Prize of Uppsala University. In 2015, Jansson was the first teacher at the Faculty of Arts appointed to be an excellent teacher. She has been the supervisor of six PhD-students.

As a faculty member, Jansson has held many positions as elected representative at Uppsala University, for instance in the Board of the Faculty of Arts, the History Department Board and the Advisory Board for Equal Opportunities. In 2013 Jansson headed the committee at the Swedish Higher Education Authority (Universitetskanslersämbetet) which evaluated Sweden’s university education in history. Between 2016 to 2021 she was part of the Swedish Research Council’s review panel of Historical disciplines and archeology, in 2020 and 2021 as its chairperson. 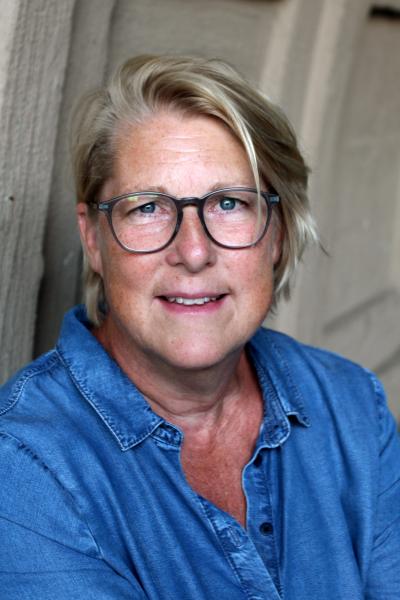