Researcher at Department of History

Researcher with a special interest in how conceptual frameworks influence the study of past international relations. Wrote the award-winning comparative dissertation Window of opportunity. Dutch and Swedish security ideas and strategies 1942–1948 (2015), highlighted issues of gender and trust in Personal Politics in the Postwar World: Western Diplomacy Behind the Scenes (Bloomsbury Academic 2022), and currently (2022–2025) studies embassies' domestic staff from an intersectional perspective.

I got my master's degree in modern history from the University of Amsterdam in 1998 and also did a one-year American Studies Diploma Program at Smith College, MA, USA. After graduating, I worked as an editor, among others, before returning to Sweden in 2006 and to the academic world as a PhD student in 2010.

In May 2015 I got my PhD in history from Uppsala University. My dissertation, a comparison of Dutch and Swedish security ideas and strategies 1942–1948, showed (among other things) that the policies of neutrality and alliance were not as diametrically opposed as one might think and that the goals behind the two countries' different security policy choices were remarkably similar. It was awarded the yearly Westin-prize for best dissertation in history by the Royal Humanistic Science Society in Uppsala, the triennial Uppsala University Geijer-prize for best dissertation in history, and an award for deserving scholarly work from the Royal Swedish Academy of Letters, History and Antiquities.

After finishing my PhD, I held a temporary position as Senior Lecturer at the History Department of Uppsala University from August 2015 to January 2017. From 2017 to 2020 I held an international postdoctoral fellowship financed by the Swedish Research Council (Vetenskapsrådet), based at the History Department of Uppsala University but with a two-year stay at the University of Amsterdam in the Netherlands (2017–2019) and a visiting fellowship at the London School of Economics and Political Science (LSE) 2018/19. In 2022, Bloomsbury Academic published the book that was the result of that project, a micro-study of a Dutch diplomatic couple. Through the prism of their everyday life, I analysed the political significance of gendered patterns in diplomatic culture and daily life in the 1940s and 1950s.

In 2021, I took over the position of editor-in-chief of Sweden's leading scientific journal of history Historisk tidskrift. Since spring 2022, I am in addition employed as a researcher at the History department of Uppsala University on a new project financed by the Swedish Research Council: "The Downstairs of Diplomacy: A Transnational History of Servants' Roles in Foreign Relations (c. 1935–1965)". In that project, I use an intersectional approach in an attempt to further nuance and diversify the history of international relations.

The Downstairs of Diplomacy: A Transnational History of Servants' Roles in Foreign Relations (c. 1935–1965)

The role of domestic staff has so far been surprisingly absent in studies of mid-twentieth-century diplomacy. Cooks, cleaners, chauffeurs, and other servants were not only indispensable for day-to-day diplomatic practices. The staff also had a symbolic value, quite often tied to gender, race or nationality, which reflected back on the status of those performing international relations. Several Washington embassies had French chefs, for instance, and they all had male butlers but female parlour maids – who were often lighter-skinned than laundresses and cleaners.

My current project aims to analyse these patterns in relation to shifting global power and diplomatic relations. The cross-cultural work force that specialized in serving diplomats can help us to understand how transnational classed, gendered, and racialized power relations were upheld and (re)shaped through war, decolonisation, and Cold War. With methods inspired by the history of everyday life and research on trust and reliance in social relations, the study scrutinizes newspapers, photographs, letters, diaries, and embassy records from London and Washington, D.C., two crucial hubs for Western diplomatic relations during and after World War II, to identify practical and symbolic uses of diplomatic servants. Drawing on feminist and intersectional theories, the study anchors a conceptual analysis of diplomatic hierarchies at the macro level in a comparison of embassies’ concrete household hierarchies at the micro level. 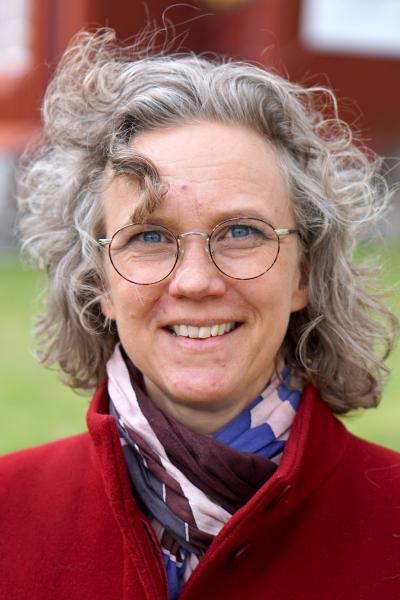