Dr. Patrick Prax is assistant professor at the Department of Game Design at Uppsala University. Patrick has a PhD in Media Studies from the Informatics and Media Department at Uppsala University. He wrote his dissertation on the co-creation of digital games as alternative media. He is interested in how players can change the games they are playing to reflect an alternative perspective to a hegemonic world view. He is working with theories for shared cultural production like co-creation, open innovation, and participatory media. You can see his TEDx Uppsala University talk about this topic here.

Patrick has also been working with problematic gaming and game addiction (recorded for UR in English or in Swedish for Region Gotland) game journalism, games and learning and games and leadership. In a research project at the Swedish National Museum of Science and Technology Patrick investigated the preservation and exhibition of digital games and appears in the newly opened exhibition Play beyond Play as an expert on participatory media and games. He is also serving as board member for the Cultural Heritage Incubator of the Swedish National Heritage Board.

Patrick has been speaking for several municipalities in Sweden, has been an invited speaker at several events during Almedalsveckan and at the Sweden Game Conference as well as at the Swedish Gamification Meetup. He has appeared in national television in TV4 and UNT24 speaking about problematic gaming and social media, has been working with a school on a project around gaming students, and has been contributing to UNT and features in Hela Gotland with pieces about games in society. Finally, Patrick is co-chairing the Game Studies temporary working group at NordMedia and co-organizing the HEVGA European Games Research Summer School.

Patrick is fluent in Swedish, English, and German. 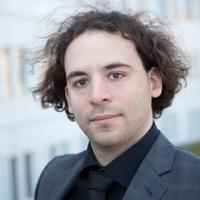