I completed my PhD in History at Stockholms University in 2005. After working as a postdoctoral researcher and as assistant professor at the History Department, Stockholm University, I started at Department of Economic History, Uppsala university in 2009. After an assistant professorship, I became senior lecturer (universitetslektor) in 2014 at the same department and 2020 I was promoted professor of economic history.

My area of research is best described as cultural historical studies of economic life. I am especially interested in the interrelationship between economic value and ideal (emotional, cultural, moral etc.) values in different historical settings. My publications include topics such as consumption and consumer culture in the twentieth century (department stores, shopping, consumer credit, debates on consumer society, mass consumerism and consumer politics), everyday finances and the cultural meanings of money (lotteries, home economics, consumption of financial services, retail banking, checks, credit cards), the circulation of commercial and financial knowledge as well as middle class identity (especially related to personal finances).

I have been teaching courses and supervising thesis work at all university levels, undergraduate as well as post-graduate. I have teaching experience from different departments (history, economic history, ethnology, fashion studies) from two universities. I was coordinator for the Bachelor Programme in Historical Sciences (Historikerprogrammet) at Uppsala University (2011-2014). My main area of teaching expertise is however the doctoral level, and I have been working since 2014 as the Director of the Doctoral Programme at the Dept. of Economic History. In 2018 I was the recipient of the Uppsala University Distinguished Teaching Award (Pedagogiska priset –Fria Priset 2018) for my work with the Doctoral Programme.

Ongoing and recent research projects (scroll down for project abstracts):

The Business of Identity. Money and Identification in Twentieth Century Sweden

The concept of identity has become omnipresent in the social sciences and humanities. Yet the most obvious aspect of how society handles identities has rarely been explored, namely the actual practice of identification. The few existing historical studies of documented identity direct their focus towards the efforts of bureaucratic states to make their citizens ‘legible’ and controllable, especially in relation to mobility and crime. However, in the emerging consumer society of the 20th century the most prevalent situations requiring identification have been the economic transactions of daily life. Moreover, such financial identifications (e.g. today’s digital BankIDs) have often been used for other purposes than commercial transactions. There are, in short, strong economic interests involved in the infrastructures of identity. This project studies the changing interconnections between everyday finances and identification, or, in more abstract terms, between money and identity. I will explain why Swedish banks gained such an important role in the management of identities (unique in international comparison) by analysing how material devices for identification (such as the Post Office’s and the banks’ ID-cards and credit cards) were developed and how they replaced earlier forms of identifications. By applying a cultural theoretical perspective I aim to show how social/cultural identities and the infrastructures of identification shape each other in the business of identity.

The Intimate Relationship. A Cultural Economic History of Everyday Finances

In most western societies today it is nearly impossible to manage one’s life without a bank account. Formal financial institutions are in many ways involved in our daily life and in the allocation of almost every penny we earn, spend, borrow, invest or simply transfer to each other. Although savings accounts were common already in the 19th century in Sweden, a close everyday relationship between banks and ordinary people started to develop in the late 1950s. The proposed book explores the cultural problems and changes that this transition necessarily involved –already before de so called financialisation since the 1980s. This is a story about class: how did workers start to use check accounts offered by commercial banks, something that only the most privileged held before? And a story about gender: why and how were finances and banking redefined in a more feminine and domestic frame? It is also about moralities and the attempts to de-stigmatize consumer credit when credit cards were introduced. And lastly about financial knowledge (financial literacy) and the practices and negotiations concerning what ordinary people should know about everyday finance and who should advise them. A research stay at the University Paris-Nanterre will intensify my dialogue with colleagues – historians and economic sociologists –with whom I have been collaborating on these questions over the past years. It also opens for comparative insights, joint grant applications and educational exchanges.

Shop Windows: Gender and the Circulation of Commercial knowledge

This project studies the history of commercial window displays in Sweden during the first half of the twentieth century. Our aim is to unpack the circulation of commercial knowledge and practices with a special focus on gender. The knowledge of how to create commercial displays (consisting of both business and aesthetical expertise) was during the period professionalized, but also disseminated and trivialized. In that process, expertise in window dressing became more feminized and the display of commercial masculinities somewhat more common, despite a continuous dominance of femininity in commercial displays. The project is part of the Research Program Gendered spaces. Multidimensional walks in urban history/ Bekönade rum. Mångdimensionella vandringar i stadens historia. Grant: Riksbankens Jubileumsfond)

The Market of Self-Realization. Swedish Correspondence and Distance Education, 1890s-1970s

Correspondence education filled a gap between two educational systems in twentieth century Swedish society: the old school and university system during the century's first part and the expansion of primary education, the advent of adult education and regional university campuses in the latter part. Correspondence schools offered courses to millions of people who otherwise, by economic and geographical reasons, would have been excluded from vocational or higher education.The largestcompanieshad untilthe 1960s more students than for example the study circles of the working class movement (ABF) at the sametime.But this type of school is almost absent in depictions of modern Swedish educational history. The project's aim is to problematize and deepen the lines of development of the “knowledge society” by studying the history of correspondence education in Sweden from ca 1900 to the 1970s. Long before the human capital theory got its breakthrough in the 1960s, correspondence education marketed “knowledge” with a focus on knowledge-intensive occupations and in terms of investment, financial gain and employability. Correspondence schools promoted self-realization and vocational learning, individual dreams and commercial ideals in a complex association. The project asks how the logic and spirit ofa "self-made (wo)man"could blendin well with a society that otherwise often is portrayed in terms of collective solutions and learning associations during the twentieth century. 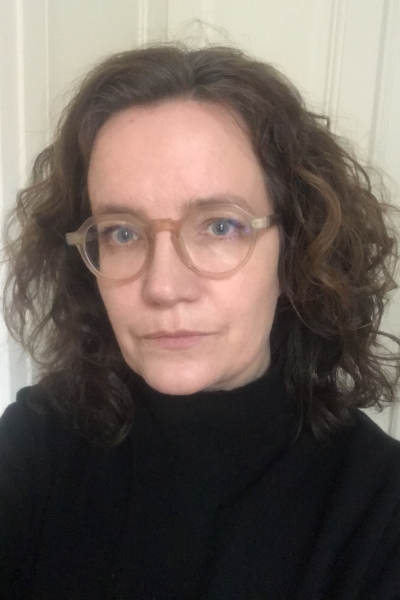