I am an associate professor of psychology and work as a researcher in CHAP (Child Health and Parenting research group). My research has mainly focused on parenting and early prevention and intervention of mental health problems in children and adolescents.

I am the course director for the "community interventions" course offered as part of the Master's Programme in Public Health at Uppsala University. I also supervise Ph.D. students (four current and two graduated) as well as thesis students.

I completed my PhD 2009 in Psychology at The University of Queensland in Australia. My PhD work involved evaluating a parenting program (Triple P – Positive Parenting Program) for parents of teenagers. After graduation, I moved to Sweden and joined a newly established research group now known as CHAP (Child Health and Parenting) at Uppsala University.

As a research fellow in CHAP, I have taken on the responsibility of independently running a few studies including (1) a three-year project with Östersund community financed by the Swedish National Institute of Public Health; (2) a component meta-analysis financed by Skandia; and (3) developing guidelines for using common instruments for measuring health in children and adults financed by Swedish Association of Local Authorities and Regions (SKL). Considering the strong focus on methodology and statistics in my education as a psychologist, I have concurrently helped with the design, data collection and analyses of other projects. In addition, I have held a two-year part-time appointment at the Division of Psychology in Karolinska Institutet.

I have also worked as a Triple P trainer and a clinical psychologist. As a trainer, I have worked with front-line practitioners both in the UK and Sweden, training them to deliver parenting programs and supporting them in their work with parents and children. As a psychologist, I have four years of clinical experience in university clinics in Iran and Australia and have directly worked with Farsi- and English-speaking youth and families.

My research has mainly focused on parenting and early prevention and intervention of mental health problems in children and adolescents.

As a research fellow, I have been involved in several projects in various capacities. Below I will describe the projects in which I have played a major role.

Parenting programs as early preventions. Extensive evidence supports the effectiveness of parenting programs in treating children with existing externalising problems. Comparatively, our knowledge about the effectiveness of parenting programs when offered universally to all parents is limited. To address this knowledge gap, we planned the Children and Parents in Focus trial, a large population-based RCT of Triple P. The trail was embedded within the existing systems. Nurses at Child Health Centres collected the questionnaires and preschool teachers delivered the interventions. The trial has provided us with insights about screening for young children’s mental health in routine care5. With more than 20 000 questionnaires collected over four years – representing over 2000 children – the trial has generated population-based data on the mental health of preschool children in Sweden. However, low intervention exposure has been a major challenge throughout the trial and may compromise our ability to properly answer our main research question.

Assessment tools for screening and measuring intervention effects. To identify at-risk populations and measure intervention effects, we need reliable measures. I have been involved in validating a few such measures in a Swedish context. I have also developed an evidence-based assessment criteria guideline and applied it to 15 assessment tools frequently used in Sweden (available at “Uppdrag psykisk hälsa” website under the heading: “Verktyg- stöd och metoder”).

Refugee children. When the immigration crisis broke out in late 2015, we recognised an urgent need for identifying and addressing the mental health needs of refugee children in Sweden. We tested the use of a brief measure for screening for symptoms of post-traumatic stress (PTS) in routine care8 and evaluated an indicated prevention program – Teaching Recovery Techniques (TRT) – in a community setting using a pre-post design. We are now conducting two RCTs evaluating TRT for unaccompanied and accompanied refugee children exhibiting PTS symptoms.

Promoting program participation. For parenting programs to achieve a public health impact, it is necessary to increase public awareness of the existence of these programs and to promote parental participation, particularly among fathers and ethnic minority parents who are less likely to attend these programs. Failing to reach a sufficient number of parents not only threatens to compromise our population-based trials such as Focus, but also undermines the dissemination efforts of local communities and may severely threaten the incorporation of evidence-based programs to routine practice settings. This issue can be partly addressed by marketing these programs directly to service users, i.e., to parents.

Direct-to-consumer (DTC) marketing strategies are an effective way to increase health literacy, overcome the stigma about seeking help and reduce health disparities. The development of DCT marketing requires prior knowledge about the specific populations that programs target. I have led a series of studies aimed at understanding and examining parental participation in family interventions including an RCT study that compared two DCT marketing strategies for promoting participation in universal parenting programs. The findings were used in redesigning the program’s flyers in the Focus trial with promising results.

Mediators and moderators of change and component meta-analyses. I have previously been involved in studying mediators and moderators of intervention effects. Similar analyses are planned in our current intervention studies. These studies contribute to a better understanding of how change happens and help us to tailor our interventions to specific subgroups. In addition, I am conducting a component meta-analysis on social emotional learning programs, and collaborating with Dalarna University on a longitudinal study about parenthood after neonatal care. As part of this project, we will suggest which components should be included in a tailored invention that aims to support parents after discharge from neonatal units.

Component meta-analyses is a relatively new method that is used for identifying program components that are associated with better outcomes regardless of program theory. These studies can result in a better understanding of the most vital program components for promoting positive outcomes and guide us in developing more effective programs and refining the programs currently available. 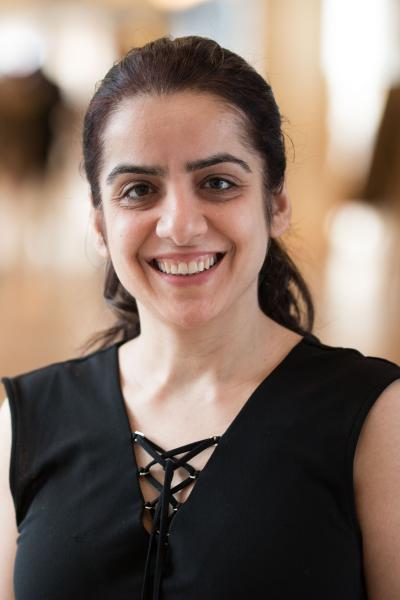