My research aims at understanding the dynamic interactions between climate and the biosphere, on both short and longer timescales. We study marine, calcifying algae (coccolithophores), using a multi-faceted approach from the fossil record to modern, natural and laboratory environments. Cross-disciplinary collaborations are an important component in this effort.

To get an impression of the organisms we study, please visit the webpage of an exhibit we co-organised in Croatia, 2018-2019.

Perspective article in Science (2022), commenting on the discovery of the imprints of coccoliths in Jurassic and Cretaceous black shales, which reveal that calcifying microalgae remained prominent producers during previous extreme ocean conditions.

The Beauty in Detail, Transformation and Structure: Adriatic Coccolithophores - an exhibition that shows the wonderful synergy between science and art. This project was a fruitful collaboration between the Academy of Fine Arts and Faculty of Science (University of Zagreb), Uppsala University and University of Oslo during 2018-2019.

External links to our research

New clues discovered for the end of the biogenic bloom

At Uppsala University, my research is largely dedicated to size evolution in unicellular marine phytoplankton and how this links to changes in biogeochemical cycling, ocean chemistry and algal physiology.

Marine phytoplankton form the basis of the marine food web and are crucial players in the global (re)cycling of carbon and other key elements (e.g. phosphorus, nitrogen). The overall ecological success of marine phytoplankton, but also its taxonomic diversity and size distribution, determines the efficiency by which fixed carbon is transferred to higher trophic levels and into the deep ocean- and sedimentary carbon reservoirs.

Our model organism group, the coccolithophores, rose to global prominence during the Cretaceous and have been the main pelagic producers of carbonate since ~100 million years ago (Ma), which significantly altered global carbon cycling by shifting the main locus of carbonate burial from continental shelves to the deep sea. In past projects, I developed a methodology that allows the quantitative reconstruction of cell diameters and the calcite cell quota of ancient algae based on their fossil coccoliths. Algal cell size (volume-to-surface area ratio) provides physiological constraints on intracellular pH regulation and resource uptake rates, affecting photosynthesis and calcification, and is therefore considered to be a key indicator of adaptation.

Climatic adaptation of marine algae: Paleoceanographic case studies at the fringes of the Indo-Pacific Warm Pool

The warm climates of the Pliocene Epoch (5.33–2.56 million years ago) may be the best past analog for future warming on Earth: atmospheric CO2 levels were similar to those already reached today (~400 ppmv), and global mean sea surface temperature was 2.7-4°C higher. Warm oceans are more stratified and hold less nutrients in the sunlit surface waters, impacting the abundance and composition of phytoplankton communities that help regulate the global carbon cycle.

Marine algae that are able to sustain photosynthesis and growth with low nutrients, such as the calcifying haptophytes (coccolithophores), are expected to perform better under such conditions. But in order to better understand the long-term impacts of such ecological shifts, we need to study the fossil record of past warm climates. We will investigate fossil time series of the abundance, species composition and cell size variations of coccolithophores. These data will be compared with paleoclimate data from the same tropical deep-sea archives. During August-September 2015, International Ocean Discovery Program (IODP) Expedition 356 recovered continuous sedimentary records from the continental shelf of NW Australia, dating back to 6 million years ago. These unique core sites are located at the fringes of the Indo-Pacific Warm Pool, a region with the warmest ocean waters on Earth (>28°C), and are ideal to gauge the relationships between warm climate conditions and long-term adaptive strategies of marine algae on this wide tropical shelf.

This 4-year research project (2017-2020) is supported by the Swedish Research Council (Vetenskapsrådet; VR 2016-04434) and will be coordinated with post-cruise collaborative research by other IODP Expedition 356 Scientists from several international laboratories.

This research was supported by the Royal Swedish Academy of Sciences through a grant financed by the Knut and Alice Wallenberg Foundation. The project was a multidisciplinary collaboration with colleagues at the Centre for Ecological and Evolutionary Synthesis (CEES), where we received funding from the Norwegian Research Council.

Current global warming, associated with the rapid release of CO2 by burning of fossil fuels, impacts ecosystems both on land and in the ocean, most notably in polar regions. Marine phytoplankton play a fundamental role in marine ecosystems and are sensitive to climatic change. Still, we lack basic knowledge about their adaptive strategies, making it difficult to predict future ecosystem scenarios.

The fossil record uniquely allows investigating the long-term effects of changes in atmospheric carbon dioxide (pCO2) and temperature on marine algae, in contrast to field or laboratory studies that are restricted to short time intervals. We study deep-sea sediments from the Atlantic and Southern Oceans to reconstruct equator-to-pole gradients in phytoplankton composition and cell size during major CO2-driven climate changes in the past. A key example is the Eocene-Oligocene Transition (EOT), when pCO2 dropped and major glaciation of Antarctica occurred ~34 Ma.

This research was funded by the Swedish Research Council (Vetenskapsrådet), and includes collaborations with the University of Parma, Yale University and the National Oceanography Centre, Southampton. 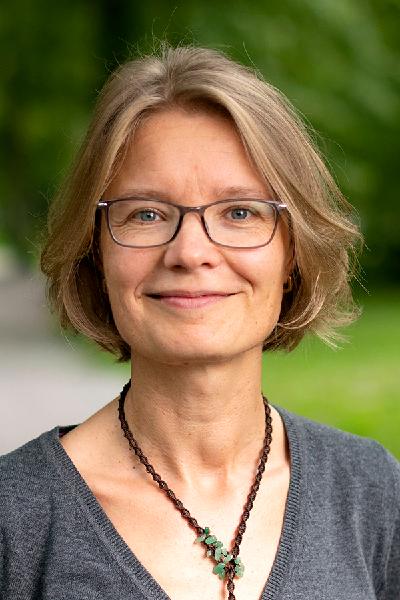