By using mutants, gene expression analysis and other molecular tools we study the differences and similarities in how land plants, separated by several hundred million years of evolution, regulate growth and development in response to genetic and environmental factors, such as day length and light.
Web page at Department of Ecology and Genetics: http://www.ieg.uu.se/plant/eklunds-grupp/

My plant science career started in 2002 with a master's project in the lab of Dr. Johan Edqvist at Department of Plant Biology, Swedish University of Agricultural Sciences (SLU), Uppsala. I was accepted as a PhD student in 2003 in the lab of prof. Eva Sundberg (plant physiology), SLU, and six years later I defended my thesis on the regulation of auxin synthesis in Arabidopsis and the moss Physcomitrella. Subsequently, I started a postdoc in the lab of prof. Benedikt Kost (molecular biology), SLU working on Rac/ROP GTPases in pollen tubes of flowering plants and filaments/rhizoids of Physcomitrella. Between 2011 and 2014 I did a postdoc financed by the Swedish Research Council VR and the Australian Research Council in the lab of prof. John Bowman (plant development and evolution) at School of Biological Sciences, Monash University, Melbourne, Australia. This is where my current work on developmental biology of the liverwort Marchantia started. I returned to Sweden and the Evolutionary Biology Centre at Uppsala University as a researcher in the Lagercrantz lab in 2014. From 2017 I am heading my own research group focusing on the evolution of mechanisms regulating development in plants.

A full publication list can be found at my Researchgate page: https://www.researchgate.net/profile/D_Magnus_Eklund, or my Google Scholar page: https://scholar.google.se/citations?user=GVA6tEkAAAAJ&hl=en

The biology of Marchantia polymorpha and related liverworts has fascinated botanists for centuries, providing a rich literature describing both phenomenology and pharmacological experiments. With the advent of Marchantia as a model genetic system, we are now in a position to begin to elucidate the molecular genetic mechanisms by which its architecture, development and growth is regulated. We are tracing the evolutionary history of genetic programs for dormancy regulation initially identified in seed plants by examining them functionally in Marchantia. We are also screening for novel dormancy regulators. Dormancy was a key adaption to facilitate survival in terrestrial environments, enabling seasonal growth. Understanding dormancy regulation in liverworts will aid efforts to decipher the evolution of dormancy leading to the adapted forms seen in flowering plants. Marchantia is emerging as a powerful model species. This unique plant appears to possess attributes retained from the earliest land plants, it has low genetic redundancy, and many molecular tools are available, including a sequenced genome likely to be published later in 2017.

In the long term, this project poses two interrelated questions: 1) how similar are the genetic programs for developmental processes in evolutionarily distant plants, and 2) how can we exploit the simplicity of the Marchantia model system to help decipher the complexity of flowering plants? We are studying the differences and similarities in dormancy regulation between the liverwort Marchantia and seed plants such as Arabidopsis. This involves examination of genetic and hormonal pathways for phytohormones such as auxin and abscisic acid, and will lay a foundation for the discovery of previously uncharacterized evolutionarily conserved components regulating plant development.

A detailed understanding of plant development is of great importance not only for basic sciences - knowledge about the integration of genetic and developmental pathways is also critical to facilitate the precise design of plants for diverse agricultural applications. The specific aims of this project are to: 1) Identify and characterize the interaction between different hormonal pathways for dormancy regulation in Marchantia, 2) and to identify and characterize novel regulators of dormancy in land plants.

Adaptation to changing environments is critical to all life. Some of these changes are predictable such as day/night cycles and the ever-changing seasons. Accordingly, organisms from all kingdoms of life have developed mechanisms to anticipate such predictable changes. Intrinsic clocks that generate circadian rhythms are present in most organisms, from cyanobacteria to land plants and animals. Although the overall architecture is generally conserved, the key genes involved are generally not, suggesting multiple independent origins of circadian clocks.

The plant circadian clock is a self-sustaining oscillator and the approximately 24-hour rhythm results mainly from transcriptional and translational feedback loops. Angiosperm clocks can be described as an intricate network of interlocked feedback loops, but clocks of green algae have been modelled as a loop of only a few genes. To investigate the evolution from a simple clock in algae to a complex one in angiosperms, we are performing phylogenetic and functional studies of circadian clock genes in bryophyte model species, such as Marchantia polymorpha. 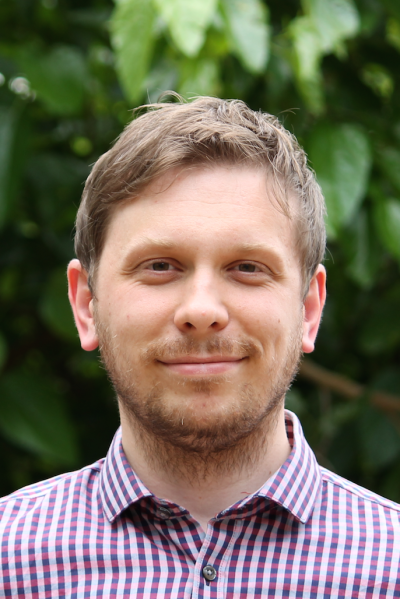