Researcher at Department of Peace and Conflict Research

I am an Associate Professor (Docent) currently working in four research projects. 1) Causes of Peace – The Botswana, Malawi and Zambia “Zone of Peace” 2) What are they fighting for? Conflict Issues and the Resolution of Civil War 3) Crossing the Rubicon? The Dynamics of Restraint in Civil War and 4) Conflicts, Connections, Complexities: Towards a Multi-layered Understanding of Civil War. I am convening the courses Causes of Peace and War and Peace on Film.

Since May 2019, I am employed as an Associate Professor at the Department of Peace and Conflict Research at Uppsala University. My current research is primarily carried out within four projects (described below under the 'research' section).

I have teaching responsibilities at all different levels at the department (Bachelor’s, Master’s and PhD). These responsibilities include all parts of teaching, such as being course director, lecturer, supervisor and examiner. I am the course convener of the Master-course, Causes of Peace that I have created from scratch and co-convenor of the course War and Peace on Film that I have created together with Ralph Sundberg. I am currently Assistant Supervisor to two PhD candidates (one at Uppsala University and one at George Mason University) and acted in the same role for a PhD candidate at Oxford University until he defended his dissertation in December 2015. I have been on parental leave for 15 months (7, 5 months in 2015 and 7, 5 months 2018).

From April 2014 until May 2019, I worked as Assistant Professor at the Department of Peace and Conflict Research Uppsala. During the fall of 2016, I was a guest researcher at Durham University. In addition to working with some of the research projects described above, I also did research within the project Attacks on Cultural Heritages: Causes and Consequences Examined from a Multidisciplinary Perspective in 2016. This project examines why cultural heritage sometimes are attacked during armed conflicts.

I was a PhD-candidate at the Department of Peace and Conflict Research at Uppsala University from June 2008 until February 2014. My dissertation deals with communal conflicts and why they turn violent in some regions but not in others. I use a comparative approach, based on field-work, and compare three different regions – Darfur, Eastern Sudan and Jonglei – of Sudan and Southern Sudan.

I spent the spring of 2012 as a visiting scholar at the Center on International Cooperation at New York University. During my time as PhD-candidate, I also served as a member of an academic task force set up in order to support the work of the UNSG Special Envoy on Darfur (Jan Eliasson). In addition, I have worked as a consultant for the Mediation Support Unit at the Department of Political Affairs, United Nations.

My current research is carried out within four projects.

1). Causes of Peace – The Botswana, Malawi and Zambia “Zone of Peace”

Botswana, Malawi and Zambia constitute a “Zone of Peace” spared from violent conflict since independence. The project aims to explain why peace has prevailed in these countries despite being located in the world’s most volatile continent with all their neighbors struck by conflict.

2). What are they fighting for? Conflict Issues and the Resolution of Civil War

What are the issues that parties fight civil wars over? How do the issues at stake influence the possibilities of conflict resolution? Surprisingly, we have little knowledge in these regards, even though all civil wars involve contested issues and despite issues being one of the three cornerstones of the concept of conflict.

3). Crossing the Rubicon? The Dynamics of Restraint in Civil War

In recent times, more than half of all people killed in civil wars died in Afghanistan or Syria. This raises a question to which we have surprisingly few answers so far: Why do some civil wars become so much more severe than others?

This project has set out to find answers to this important question, with a focus on the sources of restraint in civil war. Deepening knowledge on restraint in war is crucial for building resilient societies and contain existing civil wars.

4). Conflicts, Connections, Complexities: Towards a Multi-layered Understanding of Civil War.

This project examines why some civil wars – like Syria, Afghanistan and South Sudan – become complex interlinked patchworks of different conflict types while others do not. 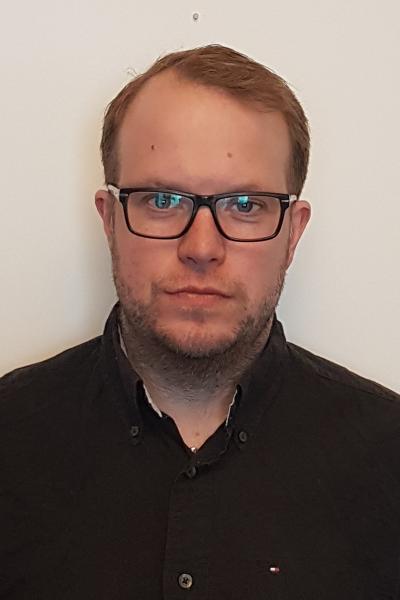