Professor at Department of Theology, Church History and Mission History

I am Professor in Church and Mission Studies. My research deals primarily with the Catholic Church in colonial Latin America. I am currently studying contemplative women's role in the mission in Spanish America and the Philippines, as well as missionary masculinity in colonial America.

Contemplative women's role in the mission

I recently completed the research project Mission and Ecstasy: Contemplative women's role in the mission in colonial Latin America (2010-2014), financed by the Bank of Sweden Tercentenary Foundation. The main objective of the project was to study Spanish-American and Filipina contemplative women's role in Roman Catholic missionary in the seventeenth and eighteenth century. This group includes both nuns and beatas, recogidas and donadas, who did not take formal vows but lived nun-like lives. In colonial Latin America mission was above all the task of male religious specialists. Spanish-American and Filipina contemplative women’s more indirect role for the mission is an almost unexplored area. This role included methods such as prayer and vicarious suffering, but also "travels in spirit" to the mission fields. The sources are numerous. Above all, these are autobiographical texts that individual women wrote on the instigation of their confessors or hagiographies churchmen wrote about them. Most of these sources are available in the Spanish, Mexican and Chilean national libraries, and in the John Carter Brown Library. On the one hand, the source material presented a female religious ideal built on silence, obedience, chastity and a radical detachment (enclosure), but one the other hand there were often very far-reaching claims of spiritual authority and stories about activities, which at least were on the borderline of what church authorities could accept. My study can help to further problematize the relationship between apostolic and contemplative religious life. The goal of the project is to publish a book in English, a couple of articles in Spanish and English, as well as some more popularized articles in Swedish.

As a further development of the project I am currently (2014) developing a research project on the relationship between mission, contemplation and masculinity. I will be using a material by and about the Franciscan missionaries in the Andean region (Peru, Bolivia, Ecuador) and Jesuits in the La Plata region (Argentina, Paraguay, Brazil), written during the seventeenth and eighteenth century.

Together with a group of researchers from Germany, Spain and Mexico, I was part of the research project Población indígena y justicia eclesiástica en la América Hispana Colonial (2010-2012), which was funded by the Spanish Government through the Ministerio de Ciencia e Innovación (MICINN) of Spain. As a part of the projects I worked with indigenous allegations against parish priests in central Mexico in the sixteenth and the seventeenth century.

Another area of ​​interest of mine is contemporary Marian apparitions and their relations to the emergence of the Catholic traditionalist dissenter groups. These purported apparitions of the Virgin Mary are not accepted as true by the Roman Catholic hierarchy, and over time some apparition gave rise to separate religious movements. Above all, my research has focused on the Spanish Palmarian Church.

I have completed the research project Religion in the borderland: Resistance, adaptation and dialogue in colonial Mexico (2006-2009), which was funded by the Swedish Research Council. The goal of this project was to study the relationship between parish priests and indigenous (above all Nahuatl-speaking) parishioners in the Archdiocese of Mexico and the diocese of Puebla during the first half of the seventeenth century. My goal was also to study the relationship between ecclesiastical norm and their applications on the parish level. For this project, I have used manuscript and printed materials in the Archivo General de Indias in Seville, the British Library, the Archivo General de la Nación in Mexico City and a number of other Mexican archives and libraries. Apart from a few articles in English, Spanish and Swedish, I have written a monograph entitled Church Life Between the Metropolitan and the Local: Parishes, Parishioners and Parish Priests in Seventeenth-Century Mexico (Orlando, FL: Iberoamericana-Vervuert, 2011).

My doctoral dissertation (University of Lund in 2002, Spanish translation of a revised and expanded version 2009) also deals with the Mexican church history. The thesis is a thematic biography of Alonso de Montúfar, Archbishop of Mexico between 1554 and 1572. It deals mainly discussions during this time about how to organize the early Mexican church. Should the church in Mexico is organized in exactly the same way as in Spain or did the so-called New World require new methods? The thesis was entitled Unification and Conflict: The Church Politics of Alonso de Montufar OP, Archbishop of Mexico, 1554-1572 (Uppsala: Swedish Institute of Missionary Research 2002). The Spanish translation made ​​by Professor Alberto Carrillo Cazares called Unificación y conflicto: La Gestión Episcopal de Alonso de Montufar OP, arzobispo de México, 1554-1572 (Zamora, Mich .: Colegio de Michoacán, 2009)

I have mainly taught courses and supervised theses within the field of Church and Mission Studies, but also had some teaching on the general course in religious studies and on the PhD level. In addition, I have, for example, taught courses on Angels and Demons, Confirmation – an ambiguous rite, Teresa of Avila and John of the Cross - mystics in contemporary thinking, Pilgrimage in the past and present and Catholic Spirituality. I have also taught in the Euroculture Master Programme and supervised numerous master's theses in that field.

A4: Mission and Ecstasy: Contemplative Women and Salvation in Colonial Spanish America and the Philippines, forthcoming, ca. 300 pp.

A3: Church Life between the Metropolitan and the Local: Parishes, Parishioners, and Parish Priests in Seventeenth-Century Mexico, Orlando, FL: Vervuert & Iberoamericana, 2011, 278 pp.

C17: ”Fighting the Modern together with the Virgin Mary: The Palmarian Church”, Nova Religio: The Journal of Alternative and Emergent Religions, 17.2 (2013): 40-60

D. Other Articles (a selection) 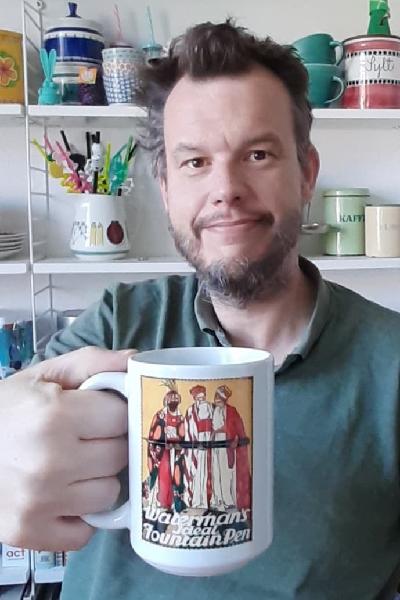