I received my PhD at the University of Gothenburg in 2001. In the years 2002-2004 I was a postdoctoral researcher at the Freie Universität Berlin, before I came to Uppsala as Assistant Professor by the end of 2004. In 2006-2010 I was a Pro futura fellow at the Swedish Collegium for Advanced Study (www.swedishcollegium.se/), in 2007 I became Associate Professor (Docent) and in 2010 I took up my position as Professor of Greek at Uppsala University. I have also been a visiting professor and researcher at the École des Hautes Études en Sciences Sociales (Paris) in different periods (2008-2009 och 2014).

My research interests concern the links between ancient and Byzantine literature as considered from narratological and transtextual points of view (especially in the twelfth century), the relation between word and image in Byzantium, historiographical writing and fictional strategies, and the image of Byzantium in post-Byzantine Europe. 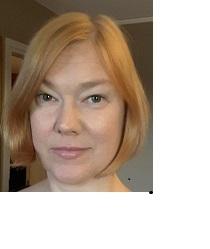