Visiting researcher at Department of Ecology and Genetics, Limnology

Stacey is a postdoctoral researcher from the UK who is interested in the effect of human activities on the land-ocean carbon flux, including the source, fate, and quantity of terrigenous carbon in aquatic systems. She is also interested in long-term carbon storage in coastal 'blue carbon' habitats like saltmarsh, seagrass, and mangroves.

She is currently working on the characterization of natural dissolved organic matter using mass spectrometry and spectral analysis.

Stacey studied Marine Science at the Scottish Association for Marine Science (SAMS) where she gained a BSc (Hons) First Class. During this time she focused on coastal biogeochemistry, and worked on a number of projects including bioprospecting, carbon capture and storage (CCS), and blue carbon.

She then moved to the University of Southampton where she gained a PhD in Oceanography and Earth Sciences. Her thesis work used optical tools including absorbance and fluorescence spectrophotometry to investigate the aquatic dissolved organic carbon pool. During this time she also worked for the National Oceanography Centre, Southampton (NOCS) on a number of projects focused on blue carbon and land-ocean carbon fluxes, and led several field deployments in temperate and sub-tropical systems.

Since finishing her PhD in March 2022, she has been funded by the Carl Tryggers Foundation to work as a postdoctoral researcher at Uppsala University. As part of the Hawkes Group, she is working to better characterize complex dissolved organic matter in aquatic systems, and to better understand the intersection between optical tools and high resolution mass spectrometry. 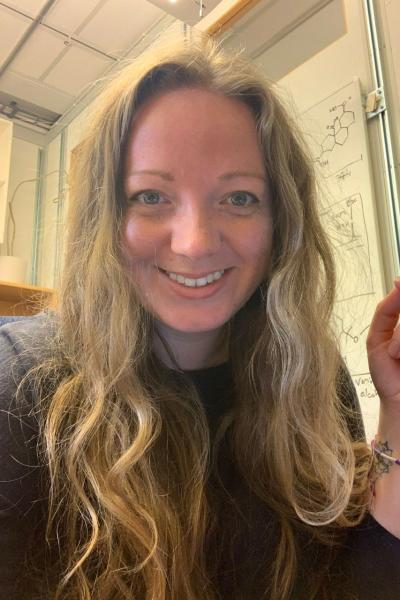