Kwang-Ryeol Lee is on leave from Korea Institute of Science and Technology, Seoul, Korea from Sep. 2022 to Aug. 2023. He is doing computational research for fundamental understanding of various materials phenomena such as oxygen diffusion in fluorite oxides, surface structure evolution during high energy ion bombardment, molecular simulation of tribological behavior, etc.

Dr. Kwang-Ryeol Lee is now a principal research scientist in the computational science research center, Korea Institute of Science and Technology (KIST). After receiving Ph.D degree in 1988 at Korea Advanced Institute of Science and Technology (KAIST), he was a postdoctoral research fellow in the Division of Applied Science at Harvard University to study the kinetics of the laser annealing of semiconductor surface. He joined KIST in 1991 and has been leading diamond-like carbon (DLC) research group. His research focused on both fundamental aspects and industrial application of the DLC coating technology. He succeeded in the technology transfer to industry of DLC coating technology to VCR head drum, IC forming and trimming die, dental and micro-drill, various sliding tools, and water-oil separation technology. From 2001, his research was extended to the computational nano-science to understand atomistic or sub-atomistic phenomena of materials, like interfacial intermixing during thin film growth or surface nanostructure evolution by ion bombardment. He served for many international conferences in both thin film technology and computational materials science. His recent interest is to develop a web-based computational research platform to design nano-materials and devices. He also served for KIST as the director-general of the Institute of Multidiscipline Convergence of Matter during 2012-2014 and Technology Policy Research Institute during 2017-2019. As of June 2022, he published about 285 papers with more than 10,000 citations and H index of 53 (Google Scholar). He is holding more than 50 patents. He received 4 times the Best Research Award of KIST in 1995, 1998, 2005, 2007, the Commendation of the Prime Minister of Korea in 2006, Two times of NanoKorea Award for Innovative Research in 2011 and 2016. His effort for building Nano Materials Design Platform was recognized by “2018 10 Nanotechnologies” award. 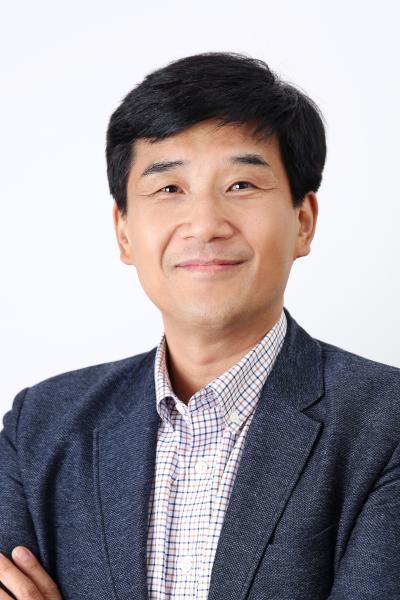