Postdoctoral researcher in French literature. I currently study Michel Houellebecq’s work (photographs, poems, essays, and novels) as explorations of the precarious sense of place in contemporary globalized society. My reading of Houellebecq’s work through the lens of eco-phenomenology and global risk theory explores how literature can give new answers to pressing questions about cosmopolitanism and our sense of place in an increasingly technological and man-made world.

I am a postdoctoral researcher in French and comparative literature. My research examines wide-ranging cultural and social questions about modernity, aesthetic technologies, and normality, often by confronting literature with other types of materials, such as advertising and scientific discourses.

In my current research project, A Medium-Sized World: Michel Houellebecq, Globalization, and the Poetics of Milieu, I study the work of the French author Michel Houellebecq in light of contemporary globalization and globalization theory. Houellebecq’s photographs, poems, essays, and novels explore different aspects of the precarious sense of place in contemporary society. My reading of Houellebecq’s work through the lens of eco-phenomenology (Michel Collot) and global risk theory (Anthony Giddens, Ulrich Beck, Ursula K. Heise) aims to show how literature can give new answers to pressing questions about cosmopolitanism and our sense of place in an increasingly technological and man-made world.

Another research interest is the connections between literature and modern advertising. I have studied how several authors, such as August Strindberg, Knut Hamsun, Rachilde, and the French surrealists, took inspiration from advertisements in their literary work, and sometimes even worked directly with different types of advertising. The breakthrough of modern advertising in the late nineteenth century inspired new aesthetic practices that were often regarded as intricately connected to modern urban life itself. At the same time, this confrontation with modern advertising inspired discussions about authenticity, value, and the relationship between private personality and public persona. The work on literature and advertising was in part carried out during a stay as visiting scholar at Études nordiques, Sorbonne University, and as a part of the interdisciplinary research project Littépub (http://littepub.net/).

A third research interest is the history of normality as it is reflected in literature and visual culture. In my dissertation, Paria (Carlsson Bokförlag: 2018), I studied how Swedish authors at the end of the nineteenth and the beginning of the twentieth centuries approached questions of normality and abnormality. The starting point for the study was the growing popularity of crime fiction in the late nineteenth century. During this period, the criminal came to be perceived as an abnormal individual who needed rehabilitation rather than punishment to achieve normality. This gradual shift from morality to normality was part of an emerging technology of power analyzed by Michel Foucault in his seminal work on biopower and governmentality.

In the dissertation, I examine how the authors were inspired by the ideology of normalization as it was presented in the scientific discourses of the time, in disciplines such as criminal anthropology and psychiatry. I also show how the literary authors used the new images and “iconography” of deviance that relied on new visual techniques, such as composite photographs, stereoscope images of criminals, and biometrical images. On a more fundamental level, the literary texts express the ambiguities of normalization itself, which is both a form of repression and a way to preserve or free the individual. In the examined works, this ambiguity is played out: the authors give voice to a negative or repressive exclusion of deviance, but the goal of this normalization is simultaneously to shape a new subjectivity that, in turn, becomes a point of departure for a critique of normalization itself. 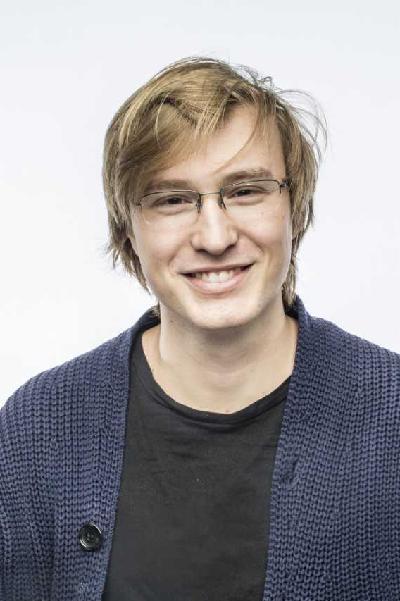