Professor at Department of Informatics and Media

Dr. Darek M. HAFTOR is a professor of information systems and an expert in digital business models, productivity gains from digitalisation and the digital transformation of organisations. His research focuses on economic value creation from the use of digital technologies. Darek obtained a doctorate in Industrial Organisation at Chalmers University of Technology and has spent one and a half decades in industry and the public sector.

Darek M. HAFTOR (previously D. M. Eriksson) is a full professor of information systems at Uppsala University, a position that he has held since 2019. He is an expert on how the use of digital technologies can create economic value, including through productivity increases, the development of new digital business models and the digital transformation of organisations.

He has studied various disciplines, including statistics, computer and information systems, psychology, sociology, economics, business and industrial organization, law and philosophy. His graduate studies have taken him to various universities in France, the UK, the Netherlands, Switzerland, Canada, the United States and Sweden.

Before returning to the academic profession, he spent one and a half decades in industry, working as an operations analyst, an information systems and management consultant, and a line manager in a large corporation across several countries. This work focused on the use of information and digital technologies for operations management and strategic business development.

He held the position of associate professor at Stockholm Business School (2010-2012). Simultaneously, he served as the school’s Director of Executive Education (with MBA programmes in Stockholm, St. Petersburg and Krakow) and then as the Stockholm University Centre Director of the Stockholm School of Entrepreneurship.

He served as full professor of information systems at Linnaeus University, Sweden (2013-2019). Working closely with local industry, he established and directed a new research programme on digital business and productivity. This programme culminated in the founding of the ‘Gunilla Bradley Centre for Digital Business’, with a dozen part-time researchers. The centre was inaugurated by the Swedish government’s minister for digitalisation and attracted more than 3 million euros of research funding from both industry and research funding agencies, including the European Union.

He has served as chief editor of Cybernetics & Human Knowing and senior editor Information and Management and is a member of the scientific committees of various conferences. He regularly acts as a peer reviewer for scientific conferences and journals and as an expert evaluator for the appointment of scientific positions and the assessment of scientific project proposals as well as educational programmes. He has supervised several doctoral theses to completion and has offered guidance on numerous postdoctoral research projects.

Darek regularly provides advisory services to leaders of organisations, ranging from large corporations to public institutions, on matters of digitalisation. He is also regularly invited to speak at industrial and special interest conferences.

Professor Darek Haftor’s research focuses on several aspects of the use of digital technologies in individual, organisational and industrial contexts.

One key research area relates to how the use of digital technologies can create economic value. Together with his colleagues, he has contributed to the current understanding of the productivity gains of knowledge workers. This research has produced two outcomes thus far. First, an individual worker’s perception of time for a given work activity constitutes a hidden source of economic inefficiencies, particularly in the context of services. However, this perception of time can be managed in order to reduce these inefficiencies and thereby increase human well-being. Second, an IT user’s productivity gains are conditioned by several factors (e.g. cognitive style, decision-making authority, motivation, skills and work processes) that must be aligned in a particular manner to achieve productivity gains. Otherwise, the use of new IT systems may actually lead to productivity decreases.

A third research area addresses the social and normative consequences of organisations’ adoption of digital technology use. This research includes how established (but often unknown) social norms condition (and sometimes even hinder) the adoption and use of such technologies and can thereby cause organisational transformations to fail. This research also focuses on developing an understanding of the (often unintentional) effects on social norms due to the adoption and use of digital technology. This research has produced a new model for the identification of basic normative motives hidden in theoretical bodies developed to guide social transformations. The use of this model shows that such theoretical bodies are often based on either a relativist position, where the social norms of IT use come from users only, or a determinist position, where technology alone shapes human and social behaviours.

Darek’s research has produced more than 100 scholarly works, presented as books and articles in numerous conferences and scientific journals. Together with his colleagues, Darek has received several prizes for his work, including the ‘Sir Geoffrey Vickers Memorial Award’ (best paper) from ‘the International Society for the Systems Sciences’ and the best proposal award from the ‘Strategic Management Society’. 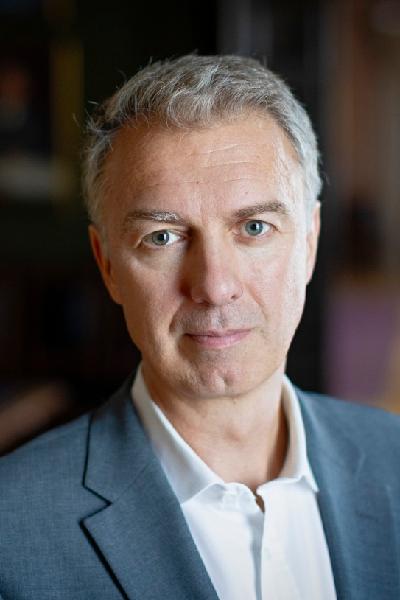