Professor at Centre for Gender Research

Ulrika Dahl joined the Centre in 2016 and is Professor of Gender Studies since 2018. Her PhD is in Cultural Anthropology and Women's Studies from UC Santa Cruz (2004) and she has been teaching gender studies since then. Ulrika's current ethnographic research concerns queer kinship, family and reproduction through intersectional and critical race perspectives. She teaches family/reproduction, methods, and intersectional feminist and queer theory on all levels.

Trained at US institutions (BA Magna Cum Laude Anthropology and Gender Studies, Lawrence University 1994; Ph.D. Anthropology and Womens Studies, University of California, Santa Cruz 2004), I worked at Södertörn University from 2004-2016 when I joined the Centre for Gender Research. I've also previously taught in the Swedish Program at Stockholm University (2002-2004), at UC Santa Cruz (2000-2001) and in the Nordic Research School in Interdisciplinary Gender Studies (2008 and 2009) and Intergender (2009). I've been a guest researcher at the Department of Gender and Cultural Studies, University of Sydney (2009) och at The Somatechnics Research Centre, Macquarie University (2010) i Australia, both times funded by STINT. In the fall of 2011 I was the Fulbright Hildeman Fellow at the Department of Scandinavian Studies, Gustavus Adolphus College, Minnesota.

At the centre for Gender Research, I direct the queer research group and co-organise the Queer Seminar, and I am an active member of the Kinship & Reproduction research group. I also collaborate actively with the Centre for multidisciplinary research on racism. Currently I supervise 2 PhD students in Uppsala and co-supervise one at Universitetet i Nord (Norway). I also coordinate the interdisciplinary research network 'Nature as Culture: The (Re)production of Common Sense', funded by CIRCUS and consisting of 12 researchers from 7 departments in 5 faculties at Uppsala University.

From 2009-2020 I was senior editor (with Jenny Björklund) of the Nordic GLBTQ studies journal Lambda Nordica and since 2014 I am associate editor of European Journal of Womens Studies, currently also Open Forum editor. I also serve on a number of advisory boards of projects, journals and research centers and enjoy collaborating with feminist and antiracist activists, artists and scholars in and out of the academy.

In 2021 I am starting a new research project together with professor Rikke Andreassen (Roskilde University) entitled 'Scandinavian Border Crossings: Race and Nation in Queer Assisted reproduction', with 3 years of funding from Forte. Here we will study the meaning and practice of gamete matching as a border-crossing Scandinavian phenomenon involving parents, medical staff, digital media and online shopping and community making practices.

This interdisciplinary research project extends previous projects and focuses on questions of kinship and reproduction in relation to formations of gender, sexuality and race with a particular focus on bio politics, nation-making and reproductive medicine. My ethnographic part in this project builds on a project funded by the Baltic Sea Foundation entitled 'Queer(y)ing kinship in the Baltic Region' which also included associate professor Joanna Mizielinska (Warzaw) and associate professor Antu Sorainen (Helsinki) and Ph.D. student Raili Uibo at Södertörn. That project explored various paths to and meanings assigned to 'family' and 'intimacy' among LGBTQ folks in different national settings around the Baltic sea. My own theoretical interests lie at the intersection of queer, affect, and critical race scholarship on reproduction and my ethnographic research focuses on ideas about relatedness, sexual and racial difference, futurity and intimate/affective labour among LGBTQ multi-parent families in the Stockholm area. A range of publications have come out of the previous project, including two special issue of lambda nordica on Kinship and Reproduction (with Jenny Gunnarsson Payne and Jenny Björklund), articles in Sexualities, Somatechnics, in several anthologies. An anthology is forthcoming from this project.

Much of my research have since 2002 centred on intersectional perspectives on queer femininities and feminist sexual politics. In the project Femme as Figuration: Rethinking (Queer) femininities, funded by the Swedish foundation for humanities and social sciences (Riksbankens jubileumsfond), I investigated how various strands of feminist theory have dealt with the question of femininity and feminine sexuality and sought to contribute to new ways of thinking feminine materiality and the relationship between bodies, technologies and knowledges. The multi- and translocal ethnographic component of the project extended ethnographic work I did for the book Femmes of Power: Exploding Queer Femininities together with visual artist Del LaGrace Volcano. This project resulted in a number of articles in NORA, Tidskrift för Genusvetenskap, Gender Place and Culture, Feminist Theory, Sexualities, lambda nordica and New Formations as well as several book chapters. The project was completed in 2012 but my 2014 monograph Skamgrepp: Femme-inistiska essäer also further builds on this research. A special issue of European Journal of Women's Studies (co-edited with Jenny Sundén) on Femininity Revisited, 2018) also extends this research.

In "Translating and Constructing Gender Studies in the Nordic Region, 1975-2005", funded by the Baltic Sea Foundation, I worked together with Professor Ulla Manns at Södertörn and Professor Marianne Liljeström at the University of Turku, Finland on histories of formations of gender studies. My project was called "A Joint Canon? Transitions and Translations in Nordic Womens and Gender studies 1990-2005" and attended to how some ideas, concepts and theorists and not others came to be assigned geopolitical belonging in the Nordic region. There I studied stories about the development, content and change of "Nordic" womens/gender studies in relation to "European" womens/gender studies. I remain interested in the geopolitics of feminist knowledge the work that citational practices, intellectual kinship networks and storytelling does for canonisation. The project resulted in, among other publications, the book The Geopolitics of Nordic and Russian Gender Research 1975-2005 (Södertörn Academic Press, 2017). At present, this work has transformed into an interest in decolonial pedagogies and methodologies and intersectional and critical whiteness perspectives on hegemonic (academic) feminism. To that end, I am building collaborations with colleagues in South Africa, Brazil and Southern Europe.

My dissertation in cultural anthropology (with research funded by the Wenner-Gren foundation for Anthropological Research) from UC Santa Cruz (2004) is entitled Progressive Women, Traditional Men: The Politics of Knowledge and Gendered Stories of Development in the Northern Periphery of the EU and was an ethnographic account of the gendered effects of intersections of regional identity building, gender (equality) politics and European integration in an increasingly neoliberal and global imaginary around the turn of the millennium. It is not published in Sweden, but please contact me if you are interested in reading it.

Two central strands run through all my feminist (academic) endeavors; a passion for embodied style and creative writing and a commitment to decolonial and antiracist pedagogy and research. 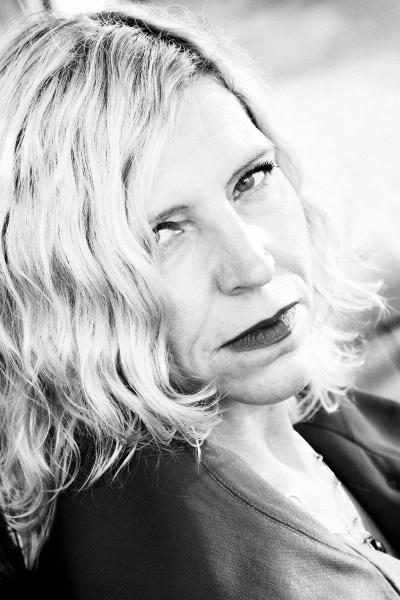