Defended my dissertation "Mål och medel. Uppsala kommun som byggupphandlare 1870–1975" [=Goals and means. Uppsala municipality as construction procurer 1870–1975] in December 2019. Currently working in a project on the Swedish central bank in the 18th century and a project on wages and living standards in Sweden during the 19th century.

I was admitted as doctoral student after getting a master's degree in economic history with a thesis on the volatility of corporate stocks in Sweden during the first part of the 20th century. With a background in social science and with an interest in economics and political science, I formulated the central question of my dissertation project around the balance between economic and procedural goals within municipal construction procurement. The starting point is that economic rationality is not always compatible with procedural goals. For example, it can be economically sound to invite a trusted company to build on a cost-plus contract if a project is very complex and it's difficult to assess the final costs. This is because complexity makes unanticipated changes more likely, which can lead to costly negotiations under a fixed-price contract. That kind of procedure makes discretionary decision making necessary for officials, meaning that they cannot fall back on objective and easily evaluated decision criteria. This in turn opens up for corruption as well as accusations of corruption since the procedure is inherently less transparent. Organisations that value, or have a structure that promotes procedural values, which I call "form rational" organisations, will make use of discretionary decision making to a lesser extent than organisations where outcomes are more important.

In the dissertation, which is a case study of Uppsala municipality, I investigate to what extent Uppsalas administration was "form rational" and how this affected the use of different kinds of procurement methods. This means that the results contribute to several research fields. To start with, the results stress the importance of taking municipalities into consideration when discussing the development of the public sector, both because municipalities have come to make out a great part of the public sector and because municipalities differ from the state administration to a considerable extent. The dissertation can also contribute to discussion on the role of the public sector in local economies as well as theoretical discussions on transaction costs and institutions.

Apart from my dissertation project, I have worked with Jakob Molinder to develop new wage series for construction workers in Sweden during the 19th century. The wages are collected from the archive of the Överintendentsämbetet and cover more places than any other Swedish wage series for this period as well as several categories of workers. We use this new data to investigate how workers fared during the industrial transformation of the period as well as compare Swedish workers' wages to workers in other countries. So far, we have produced a working paper showing that wages started growing well before the industrial take off and that Swedish wages were higher than wages in countries such as England and the Netherlands at the same levels of GDP/ capita. We can also show that the urban-rural wage gap was very low in a comparative perspective.

I have been teaching mostly at the B-level methods and essay course but I also teach on the A-level course on economic development. 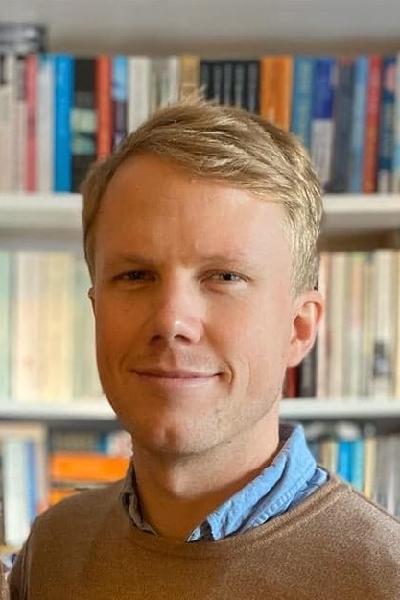