The process of state breakdown, reconstruction, and stabilisation in Scotland, 1637—50, provides the context for my PhD research. I am interested in how the phases of this process impacted the communicative strategies of both civil authorities and opposition alliances. My dissertation, then, deals directly with questions of power and communication: who could exert political power and how did they articulate this right? How was resistance to power legitimised? What communicative strategies were employed by different actors at different times?

My research deals with the grey area between the real and the imagined, between historical facts and their representations. It is underpinned by the notion that everything is an intellectual construction. Analysing political communication provides us simply with one of many histories: the reality (or imaginary) constructed by the authors of the sources.

To achieve this, I have adopted a multimedia approach. Artwork, political pamphlets, sermons, and other sources for public consumption are considered alongside civil and religious ceremonies and violent protest. This approach has been inspired by Monica Stensland’s book, Habsburg Communication in the Dutch Revolt. By exploring multiple media sources, Stensland was able to show that the Habsburgs employed a more active and expansive communication strategy than had hitherto been believed by historians. Likewise, I hope to show that the Covenanters and the Crown were engaged in a discursive exchange, albeit either side preferencing different media outlets: the Covenanters political pamphlets and sermons, the Crown artwork and ceremony.

My dissertation also considers how communication was used by specific actors to form alliances around common goals. By viewing political violence such as the Prayer Book Riots of 1637 as both an orchestrated piece of political communication and as a product of a loose alliance, I hope to provide a perspective that delves into the intricate relationships between different actors and their strategic thinking.

I am also interested in environmental history and historical ecology, as well as pursuing an avid interest in politics. I previously worked as a political researcher for Shona Robison MSP and Stewart Hosie MP, and have given a number of radio interviews on topics ranging from Scottish independence to the legacy of Margaret Thatcher.

I am particularly interested in expanding my contributions to television and radio. 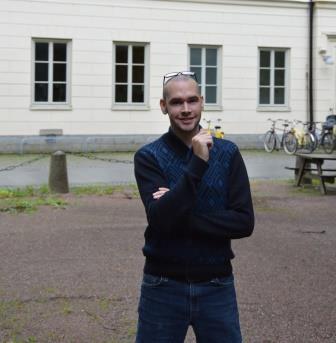