My name is Tim Berndtsson, and I am Ph.D. and researcher in literature (litteraturvetenskap). In november 2020, I finished my dissertation The Order and the Archive. Freemasonic Archival Culture in Eighteenth Century Europe. I am presently engaged as senior lecturer and researcher at the Dept. of Literature, Uppsala University.

At present, I am primarily engaged in two different research project.

In the project, I investigate royal private libraries during the latter half of the eighteenth-century and the early nineteenth century, specifically those belonging to Lovisa Ulrika and Adolf Fredrik, their eldest son Gustav III, his wife Sofia Magdalena and son Gustav IV Adolf, as well as Gustav's sibling Carl, Duke of Södermanland, and his wife Hedvig Elisabeth Charlotta, Fredrik Adolf, Duke of Östergötland, and Princess Sofia Albertina. The time span extends from Gustav's birth in 1746 to Sofia Albertina's death in 1829. There are several reasons why it is important today to study these royal libraries. Questions about what the royals collected, how they collected, and how the collections were then used, are important, as not only the reigning monarch but all the members of the royal family powerful actors in Swedish society and culture at the time. The books they collected were, in a certain sense, destined from the beginning to become what they are today: cultural heritage collections. Furthermore, studies of these collections, and the book transactions that built them up, can provide a basis for addressing overall questions about reading and book culture in court environments –research that unites the proejct with several research undertakings in a European context.

Secondly, the project Känslor av hopp (“Feelings of Hope”), funded by Helge A:xson Johnson's Foundation in 2021, where I study expressions of hopefulness in poetry and have delved into how hope as a concept has been used rhetorically in poetry within the labor movement on the one hand and the Salvation Army on the other. Here, I also connect with research about the emotional impact of literature and about emotional history. What kind of “hope” did the poems express and what was this hope intended to feel like?

In my doctoral thesis, The Order and the Archive: Freemasonic Archival Culture in Eighteenth-Century Europe (Uppsala, 2020), I dealt with archive creation within the Masonic Order in eighteenth-century Europe (mainly Sweden and Germany). Freemasonry was (and still is) a wide-ranging and highly influential form of closed society.

I explores how eighteenth-century European Masons created archives, and how these archives in turn created Masons. It is an exploration of how a masonic archival culture was formed, and how different ideas, hopes, and anxieties were co-produced along with the records and manuscripts kept by masonic associations. At stake in these archival practices was the goal of establishing “order”.

I draw theoretical inspiration from works by e.g. Markus Friedrich, Randolph C. Head, and Cornelia Vismann, all of whom have articulated a process-oriented view of archival history. By using materials found in historical collections from masonic associations in present-day archives, especially registers and archival regulations, I provide an overview of the documents accumulated in masonic archives and collections. Through studying not only the Masons’ practices of archiving and collecting, but also their discourses about “collections” and “archives”, I can show how archiving filled administrative functions but also had implications for the kind of knowledge that Masons found their order to be a container for.

A historical exposé of archival history in a period stretching from early modernity to the modern period situates the archives of the masonic associations in a wider cultural-historical context. A general investigation of different repositories and means for archival accumulation within masonic associations shows how their record-keeping was frequently combined with collecting, and how both practices served to establish order at different levels. Two case studies, about the German based Order of the Strict Observance, and the Swedish Order of Freemasons, respectively, illustrate the effects of the notion of archived “secrets”, and explore the relation between masonic archiving and state administration. The final chapter discusses how masonic archives had an impact in the sphere of published literature: on the one hand, as a source of materials for sensationalist “exposures” and internal masonic-historiography and, on the other, as a theme for fantasies in literary fiction.

My claim is that archival practices stood at the centre, both of organisational efforts of building wide organisational networks with the capacity for strategic action, and of personal quests to acquire the “higher knowledge” believed to be on the orders’ inside. 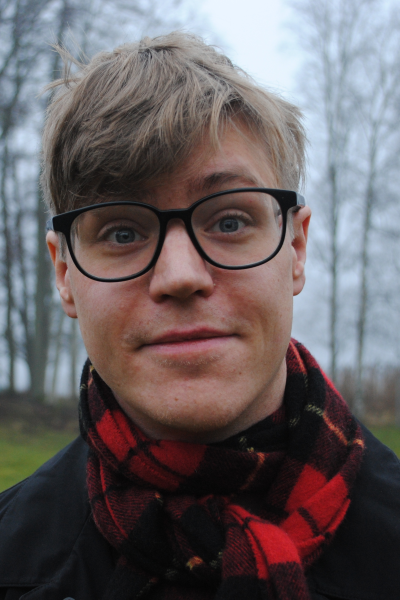