In light of the recognition that a smart grid will never be smarter than its users, the overall aim of USER is to increase general knowledge on electricity consumers' and prosumers' role in bringing to fruition the vision of future smart grids. The research focuses mainly on flexible demand, but also decentralized generation, storage and electric vehicles as well as products and services associated therewith.

Increasing demand response is an important part of global efforts to mitigate environmental damage and climate change. These endeavors, in turn, underlies political ambitions to reduce greenhouse gas emissions as well as to increase energy efficiency and the share of renewable energy sources. An important prerequisite for the realization of these goals are so called smart grids. These are expected to enable the transition from a fossil-fueled to an electric vehicle fleet and the largescale integration of e.g. solar and wind power in the energy system, which in turn both affects and puts demands on electricity consumer behavior. Thus, conditions for consumers to use electricity more efficiently and contribute with self-generated electricity needs to be created in order to cope with the transition to a sustainable energy system. Against this background, the overall aim of the research is to assess the potential and increase general knowledge on electricity consumers’ drivers, barriers and needs in these respects. The research is highly applied, combines a multitude of methodological approaches and is conducted within the framework of several collaborative projects:

Capacity shortage in electricity grids threatens to slow down societal development. An increase in demand side flexibility is considered to be part of the solution. The theoretical potential is known, but knowledge about electricity users’ awareness and acceptance in this context is scarce. Against this background the project aims to increase knowledge on electricity consumers’ and prosumers’ drivers and barriers for contributing with direct and indirect flexibility as well as on what role information campaigns, municipal energy audits, individual feedback and power tariffs may play in this respect. The theoretical approaches stem from the disciplines social psychology and social marketing, whereas the empirical starting points consist of a number of collaborative projects between among others distribution system operators and municipalities.

On, off or midway between in apartment blocks

The overall goal with the project is to increase knowledge on passive prosumers' role in the smart grid and to develop a model for judging the Environmental consequences of local energy systems with solar Power generation and energy storage. The empirical starting Point is a micro grid with a Group of Buildings comprising a small number of rental apartments, a daycare center, a sheltered housing unit, a retirement home and a janitors office including electric vehicle charging facilities. The aim of the project is to study if and why those who live and work in the micro grid interact with it in the sense that they contribute to optimizing self-consuption of the solar power as well as the effect economic incentives and feedback on energy use and its environmental load have on demand response.

Main funder: the Swedish Energy Agency as part of the program SamspEL

Holistic business models and IT services for prosumers

The aim of the project is to increase knowledge of electricity consumers’ need for information and feedback when they become prosumers and to develop business models and IT services that make it easier for them to be active in the smart grid. The ultimate goal is to increase the share of micro production with photovoltaics in the energy system by developing a holistic concept of business models, information packages, appropriate grid tariffs and electricity supply contracts along with IT services that serves the purpose of simplifying the process that precedes the investment as well as supporting and optimizing the daily operation of photovoltaics from the prosumer perspective.

Main funders: the Swedish Energy Agency and the Swedish Centre for Innovation and Quality in the Built Environment as part of the collaborative program E2B2 - a research program for energy-efficient building and living - and STandUP for Energy

The project aims to follow up the implementation of a market-driven power tariff in the customer segment 35-63A – which mainly includes condominium associations, farms, restaurants, restaurants, laundries and small industries, such as carpentry and mechanical workshops – by studying its effect on the demand curve, customers’ perception and understanding of it, the economic consequences of it for the distribution system operator and the customers, its correlation to the spot price, the potential to increase its time resolution to 24/7 level, the possibility to increase customers’ economic incentive with a cost-based energy tax as well as to judge its potential in other customer segments.

Main Funder: Energiforsk as part of the program Smart Grids

Project participants: the division of Industrial Engineering & Management at the Department of Engineering Sciences

Partners: Sandviken Energi, Gävle Energi and the other distribution system operators of the network Elinorr

The project objective is to estimate the efficiency and savings potential in residential electricity use of business models for increased demand response and individual feedback, to quantify the economic and environmental consequences as part of implementing these policy instruments and to enhance knowledge on electricity consumers’ drivers and incentives to use electricity more efficiently.

Main funders: the Swedish Energy Agency as part of the program Research and Innovation for Energy Efficient Building and Living

The overall aim of the project is to study how energy awareness of electricity consumers is affected by them starting to produce electricity with photovoltaics as well as to identify any spillover effects, in terms of changes in attitudes and behaviors, in other energy and environment-related areas.

Main funders: the Swedish Energy Agency and Energiforsk as part of “Solelprogrammet”

The study aims at increasing the knowledge on households’ motivations for increased demand response, which may form the basis for an appropriate segmentation of customers with regard to the prospect of affecting demand and the design of new business models, products and services. 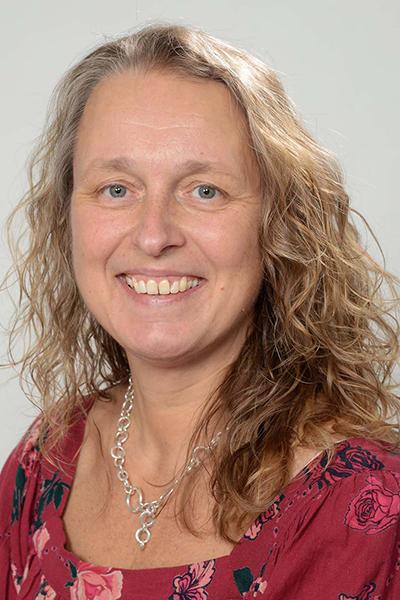