Dr. Augustine graduated in Electronics Science from Mahatma Gandhi University, India in 2003. He received Master’s degree in Electronics from Cochin University of Science and Technology India in 2005. Received Doctoral degree in Electronics and Optic Systems from Univerisité Paris Est Marne La Vallée, France in July 2009. His thesis topic was “Electromagnetic modelling of human tissues and its application on the interaction between antenna and human body in the BAN context”. He was the recipient of UGCRFSMS fellowship for meritorious students from Indian government and EGIDE Eiffel grant for excellence from French research ministry in 2006 and 2008 respectively. He is author or co-author of more than 140 publications including journals and conferences. He received Best Paper Award at 2013 European Conference on Antennas and Propagation, EuCAP, Gothenburg, Sweden. His current research field includes designing of wearable antennas, BMD Sensors, Dielectric characterization, Bioelectromagnetics, Non-invasive Diagnostics, biological effects of millimetre waves, RF backscattering, NDEs and RF in MRI with emphasis on in-vitro studies. He has received Carl Trygger and Olle Engqvist Fundings for Post-Docs. He is Project co-ordinator for Indo-Swedish Vinnova project BDAS and for Swedish part of the bilateral (The Netherlands and Sweden) Horizon 2020 Eurostars project COMFORT. In February 2016 he became Docent (Associate Professor) at UU. Recipient of Vetenskapsrådet (VR) project grant 2017 for his project on A Novel Modality for Osteodiagnosis. He was also part of Vinnova project on the development of Skin cancer diagnostic tool based on micromachined interface for high-resolution THz spectroscopy (MTSSC). He is Co-PI of the EU project SINTEC , SSF framework grant LifeSec and Vinnova grant 'connect my body', 2018. He is the research lead on the Eurostars porject SenseBurn 2018, www.senseburn.com.

Dr. Augustine is the head of the Microwaves in Medical Engineering Group (MMG) consisting of 13 members. MMG has 5 researchers, 4 PhD students, 2 research engineers and 2 interns.

Docent in Engineering Science with Specialization in Microwave Technology 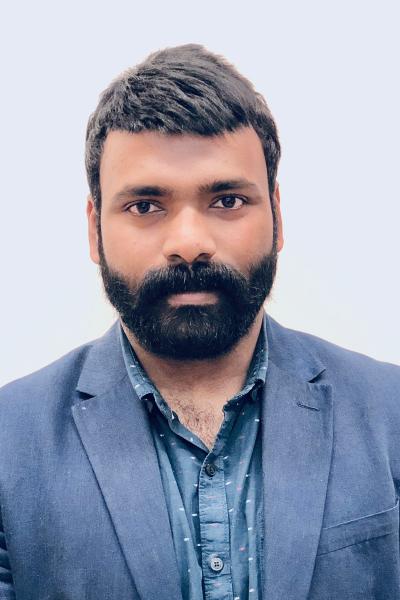