I arrived in Uppsala in 2013 after many years teaching in the United States. At present my primary interests are in early modern European history, with a focus on European/South Asian encounters, maritime and military history and women and the law. I have a new project with Leos Müller of Stockholm University on the Scandinavian Prize Papers (papers of seized ships from the 1600s to the early 1800s) now archived at the British National Archives. Here is our website: http://www.prizepapers.se

I am enthusiastic about graduate education and welcome research students interested in early modern European history, the study of comparative imperialisms, military and maritime history, the history of sexuality and other topics.

My own educational trajectory began with an undergraduate degree in music, and progressed through a master’s degree in theology, a PhD in history and five years as a feminist and community activist in Boston, Massachusetts; Juneau, Alaska; and the South Bronx, New York City. Today I am a social, cultural and gender historian of early modern Europe with interests that include European overseas trade and settlement, especially in South Asia; early modern practices and discourses of difference, women and the law courts; State formation and the military; the comparative history of Islamic and Christian legal regimes in the early modern period; and identity and class formation in Britain. I am currently working on a book about a single late seventeenth-century English East India Company ship, its crew, and the people and places affected by the East India trade. One of the aims of the book is to show the human impact of early Northwest European global commercial expansion.

My first scholarly book, The Middling Sort: Commerce, Gender and the Family in England 1680-1780 (1996), was on gender, finance and class-formation in the eighteenth century. The book won the Morris D. Forkosch Prize which is awarded annually by the American Historical Association for the best book published in the field of British, British imperial, or British Commonwealth history.

My second book was a large synthetic study, Women in Eighteenth-century Europe (2010) that tried to rethink and revise the history of European women in the early modern period by bringing in new methodologies and new kinds of sources, and by going decisively beyond Western Europe. The book works to incorporate new scholarship on Ottoman and Eastern and Southeast European women (Jewish, Christian and Muslim) into the larger narrative. It also focuses attention on historical demography (particularly infant mortality) and utilizes new scholarship (my own and that of other scholars) on women and the law in a wide variety of contexts and legal venues. Finally it uses primary and secondary sources translated from many European languages to talk about such diverse topics as religion, food, women and politics, the arts, colonialism, slavery and work.

In 2016 I co-edited a collection of annotated primary documents with Philip Stern, a historian at Duke University, on the 1689 Mughal Siege of Bombay, an important and little-studied event in the early history of the English East India Company's effort to establish a permanent settlement on the West coast of India. It is hoped that it will be a resource for undergraduate and graduate courses in global history. The book is now out under the title the English East India Company at the Height of Mughal Expansion: A Soldier's Diary of the 1689 Siege of Bombay with Related Documents (Bedford Series in History and Culture, 2016).

I have also written articles, book chapters and the like on such topics as family law (especially work based on the seventeenth and eighteenth-century English courts of Exchequer and Chancery, and the High Court of Admiralty -- see for example "Wives and Marital ‘Rights’ in the Court of Exchequer in the Early Eighteenth Century"); on Gender and the Royal Navy (see “Women and the Fiscal-Imperial State in the Late Seventeenth and Early Eighteenth Centuries”); on Sexuality (see "The Sapphic Strain: English Lesbians during the Long Eighteenth Century"); on the middle classes (see “The Middle Classes” in Encyclopedia of European Social History from 1350 to 2000), and on racist thought and practice (see "Racism, Imperialism and the Traveler's Gaze in Eighteenth-Century England").

I recently received a grant from the Vetenskapsrådet for project entitled "In Pursuit of Global Knowledge: Scandinavian Ocean Travelers 1650-1810." It is a collaboration with Leos Müller of the University of Stockholm. We are focusing on a collection called the Prize Papers, today archived in the British National Archives at Kew. These papers come from Scandinavian ships seized by the British Navy or privateers during various wars. They contain an enormous amount of interesting, and often unique material that sheds light on the daily lives of sailors and others in the early modern period. They are especially rich in information about Swedish and Danish colonial settlements and adventures in the Caribbean and the East Indies. Here is our website. 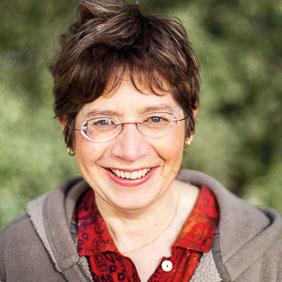