Magnus Svensson is a graduate student in history, currently working as a part of a project called "Public school funding - 1842-1936".

The working title of my thesis is "From village school to urban education 1920-1950". I aim to describe the process that transformed the Swedish educational system from a scattering of predominantly small rural schools with very few students to the large urbanized central schools. Within this transformation certain parts will be examined in detail, such as the adaptation of school busing and the economic background of the construction of new schools.

The Swedish public school is fairly well documented, especially with regards to didactic discourse, studies of curriculum and educational policies. The transitional processes from rural schools into what was to become the central schools is still relatively unexplored. The financial investments made in the reformation of the school system during this period is still largely unaddressed. This may, in retrospect, be regarded as remarkable as these investments were substantial and introduced to a great extent during the 1930s economic crisis. The investments made will be studied from both national and local level.

The thesis will result in increased knowledge of one of the largest economic and political initiatives of the educational system made in the 1900's. It will address a process that was the start of the current educational system. In addition, the phenomenon of school buses and the territorial expansion of the school system will be analyzed from both an economic and political point of view. 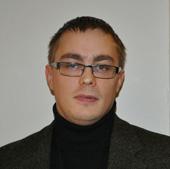