Visiting teacher at Department of Peace and Conflict Research

Roland Kostić is an Associate Professor in Peace and Conflict Research and Senior Lecturer in Holocaust and Genocide Studies at the Hugo Valentin Centre, Department of History, Uppsala University, Sweden. His research interests include transitional justice and reconciliation after mass violence, as well as knowledge production during mass violence and in peacebuilding interventions, and how formal and informal networks shaping intervention knowledge.

Roland Kostić is an Associate Professor in Peace and Conflict Research and Senior Lecturer in Holocaust and Genocide Studies at the Hugo Valentin Centre, Department of History, Uppsala University, Sweden. Roland is Director of Studies for the Master's level education at the Department of History and Programme Coordinator for the Master's Programme in Holocaust and Genocide Studies.

His research interests include social psychology, group attitudes, and memory regarding transitional justice and reconciliation after mass violence. Another branch of his research deals with knowledge production during mass violence and in peacebuilding interventions. In particular, he engages with the diversification of knowledge production by think tanks, experts, and diplomats, and how formal and informal networks shaping intervention knowledge. Roland teaches courses in Genocide and Mass Violence II, Political Psychology of Mass Violence, Transitional Justice: Retribution, Restoration, Coexistence, Methods in Comparative Genocide Studies, and Master's Thesis course. He has published articles in journals such as Civil Wars, Third World Quarterly, Journal of Intervention and Statebuilding, and edited two book volumes and contributed numerous chapters in other edited volumes.

Enhancing Development and Security on the Ground?
Exploring the Effects of Top-down and Bottom-up Post-conflict Justice and Reconciliation Processes

Recent research in the field of transitional justice has increasingly called attention to debates about whether top-down or bottom-up post-conflict justice and reconciliation strategies are more advantageous to pursue in the wake of mass atrocity. While these processes are generally viewed as necessary to deal with past wrongdoings, it remains unclear how participation in top-down or bottom-up processes impacts upon perceptions of security and socio-economic cooperation in local settings.

The project concerns a comparison of three post-conflict settings that had varying approaches to transitional justice: Sierra Leone, Bosnia-Herzegovina, and Timor Leste. The first two implemented official, top-down strategies, while the latter relied on locally derived, grassroots processes to overcome their violent pasts. Data will be collected through in-depth interviews and focus group discussions with victims and perpetrators who continue to live in the same communities.

Recent political developments have challenged the self-perception of the EU as a union of states sharing a set of universal democratic values arising in opposition to a history plagued by totalitarianism, political repression and genocide. This is particularly evident in the Western Balkans, where intense controversy over the Second World War and its aftermath have affected social and inter-ethnic, as well as diplomatic relations.

The project aims at analysing the shaping of social memory about fascism, collaboration and communism in the context of the Second World War in Serbia, Croatia and Bosnia and Herzegovina since the end of communism. The analysis is based on a methodologically integrated approach that traces and measures how political change resulted in the segmentation of competing narratives about the past over time. It includes content analyses of academic knowledge-production, media discourses, schoolbooks and curricula; semi-structured interviews with teachers; and a social network analysis that will map the relationship between actors involved in the shaping of social memory over time. The sophisticated and interdisciplinary approach will set new standards for research on social memory while providing a knowledge-base that can be used for developing the tools by which to better understand and address the tensions among Europeans with sometimes conflicting experiences and perceptions of the past. 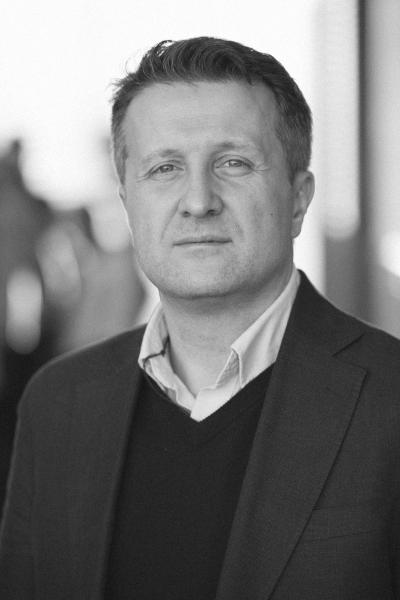