Professor at Department of Peace and Conflict Research

Research project with Min Zaw Oo and Stein Tønnesson: Paths to Peace in Complex Conflict Systems: Lessons from Global Data and an In-depth Study of Myanmar.

Some important studies of the relationship between gender equality and peace

SOCIETIES WITH MER EQUALITY BETWEEN WOMEN AND MEN ARE MORE PEACEFUL

I found that more gender-equal societies are more peaceful in a study of 112 countries during the period 1965-2002 (Melander 2005a). I used two measures of gender equality: the share of parliamentarians who are women, and how common it is that women have higher education compared to how common it is that men have higher education. By peace is meant that there is no armed conflict going on in the country. The study also takes into account several alternative explanations for peace, such as democracy, levels of economic development, and the ethnical composition of the population of the country. A large number of other studies, using different measures for gender equality and peace have similarly found that more gender-equal societies are more peaceful (see, for example, Caprioli 2003, 2005; Gizelis 2009; Hudson et al. 2009; Gleditsch et al. 2011; Bjarnegård and Melander 2013; Ekvall 2013; Demeritt, Nichols, and Kelly 2014; Shair-Rosenfield and Wood, n.d.; Krause, Krause, and Bränfors 2018; Dahlum and Wig 2018).

In an article co-authored with Elin Bjarnegård we studied 3006 individuals from five countries, and found that among both men and women those persons who have more gender-equal values are less hostile to other countries and to religious minorities in their own countries. In the study we also considered several other possible explanations of peaceful attitudes and tolerance, such as education and income levels (Bjarnegård and Melander 2017). A whole series of studies have shown similar relationships between gender-equal values on the one hand, and tolerance and lower propensity to violence on the other (see, for example, Conover 1988; Conover and Sapiro 1993; Cook and Wilcox 1991; Tessler and Warriner 1997; Tessler, Nachtwey, and Grant 1999; Togeby 1994; Barnes, Brown, and Osterman 2012; Jewkes et al. 2013; Brezina et al. 2004; Barnes, Brown, and Tamborski 2012).

In a study of 163 countries during the period 1975-1996, I found that the risk of residents being subjected to torture and other serious human rights violations is lower in countries with a larger proportion of women in parliament. I took into account several alternative explanations; including colonial history, regime type, and economic development level (Melander 2005b).

GENDER EQUAL COUNTRIES RUN LESS RISK OF CONFLICT WITH OTHER COUNTRIES
Several studies have found that countries with more gender equality are less likely to end up in armed conflict with other countries. Also the risks of other forms of conflict and tensions with other states are reduced (see, for example, Caprioli 2000; Caprioli and Boyer 2001; Regan and Paskeviciute 2003).

VIEWS OF MANLINESS IMPACT INDIVIDUAL PARTICIPATION IN POLITICAL VIOLENCE
Together with my co-authors Elin Bjarnegård and Karen Brounéus, I conducted a study of how the perception of masculinity affects participation in political violence in Thailand. We used data from a survey that we conducted in 2012-2013 which included, among other things, more than one hundred men who were strongly engaged as political activists. The men were chosen from two different political movements; the “yellow shirts” and “red shirts”. These two opposing groups have alternately taken to the streets to express their discontent; with over 100 people killed in the protests, most of them shot by the army when it clamped down on protesters. The activists were asked about their attitudes towards equal rights for men and women in society and in the family. They were also asked about their views on masculinity, or what it means to be a man. In our analysis, views on gender equality and masculinity proved to be more important in understanding participation in political violence than traditional explanatory factors such as income, unemployment, education, religious beliefs and so on. The results show for the first time that perceptions of masculinity are an important explanation for individuals' participation in political violence (Bjarnegård, Brounéus, and Melander 2017).

IN MODERN SOCIETIES, IT IS LESS COMMONON TO DEFINE MANLINESS IN TERMS OF VIOLENCE AND PRIVILEGE, AND LESS COMMON TO DEFINE FEMININITY IN TERMS OF MOTHERHOOD AND SUBORDINATION
In a study of 74 countries during the years 1980-2001, questionnaires about individuals’ views and information about countries’ levels of economic development, dominant religion and many other factors, were used to investigate how a society's modernization leads to more equal values (Inglehart and Norris 2003).

Hudson, Valerie M, Mary Caprioli, Bonnie Ballif-Spanvill, Rose McDermott, and Chad F Emmett. 2009. “The Heart of the Matter: The Security of Women and the Security of States.” International Security 33 (3): 7–45. 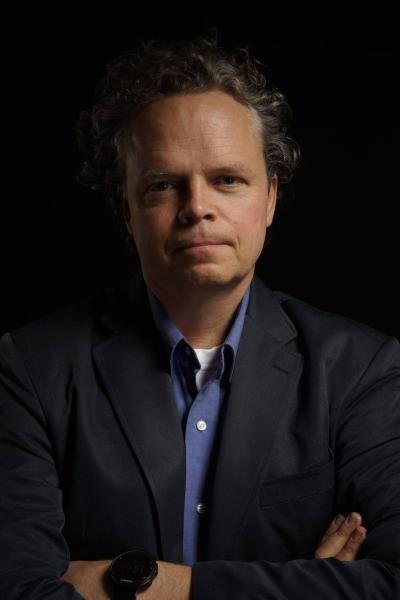