She currently leads the ERC-project "The Contruction of Objectivity: An International Perspective on Judicial Decision-Making" (2018-2023).

She was the coordinator of the European Sociological Association Emotion Research Network 2015-17. She is still an active member and part of the advisory board.

She is the Chair of the Editorial Management Board of the journal Emotions & Society and recently co-edited a special issue of the Oñati Socio-Legal Series (9(5) 2019) entitled 'Judging, Emotion and Emotion Work'.

This project, financed by the Swedish Research Council (VR 2017-19) is made in collaboration with Åsa Wettergren and Moa Bladini from Gothenburg University and Nina Törnqvist at Uppsala University.

The aim of this project is to study the emotive-cognitive applied process of judicial decision-making in Swedish prosecution offices and courts, by following legal cases from prosecution, district court, to the court of appeal. We study: 1) Emotive-cognitive construction of objective decision-making; 2) Dimensions of encoding subjective lay narratives in a legal case into objective judicial categories; 3) Emotive-cognitive components of changed decisions. Using qualitative methods we combine interviews and shadowing with concerned prosecutors and judges and observations of the trials.The project addresses problems with the positivist notion of objectivity which does not allow legal actors to reflect upon how they do use emotions at work, thereby obscuring when personal sensibilities interfere with professional decisions. Besides the potential for developing legal education this knowledge advances theory about emotions, rationality and objectivity.

Previous research has shown that emotion and reason are not dichotomies; on the contrary, both are important components for rational action. Nevertheless, most research on emotions has focused on emotional labour in service and nursing. There is relatively little research on emotion in bureaucratic organizations. The democratic judicial system is one such organization where impartiality and objectivity are guiding principles implying a-emotionality. The purpose of the project is to investigate emotions and how emotions are dealt with in Swedish court procedures. Which roles do emotions have during court procedures and in the intervening day-to-day interactions between the professional actors involved?

Within this project we initiated international collaboration with Professor Sharyn Roach Anleu and Professor Kathy Mack at Flinders University, Australia and have so far co-authored two methodological articles (see publications).

My PhD thesis Rehearsing Emotions takes as its starting point the dramaturgical metaphor of the world as a stage, which is used in sociological role theories. These theories often presume what stage acting is about in order to use it as a simile for every day acting. My intention was to investigate how stage actors actually work with their roles, in particular how they work with emotions, and how it affects their private emotions.

The thesis draws on participant observation and interviews with stage actors during the rehearsal phase of two productions at a large theatre in Sweden. The results show that the inhabiting of a role for the stage is more difficult and painstaking than has been assumed in role theories so far. Shame and insecurity are common, particularly in the start up phase of the rehearsals. Interestingly, these emotions do not disappear with growing experience, but instead become recognized and accepted as part of the work process.

The primary focus is the interplay between the actors’ experience and expression of emotions, often described in terms of surface and deep acting, concepts which are elaborated and put in a process perspective. Analysis of the rehearsal process revealed that actors gradually decouple the privately derived emotional experiences that they use to find their way into their characters from the emotions that they express on the stage. Thus private experiences are converted to professional emotional experiences and expressions. When the experience has been expressed the physical manifestation can be repeated with a weaker base in a simultaneous experience, since the body remembers the expression. It is important though, that the emotional expression is not completely decoupled form a concomitant experience; then the expression looses its vitality. The ability to professionalize emotions makes the transitions in and out of emotions less strenuous but can infiltrate and cause problems in the actors’ intimate relations. 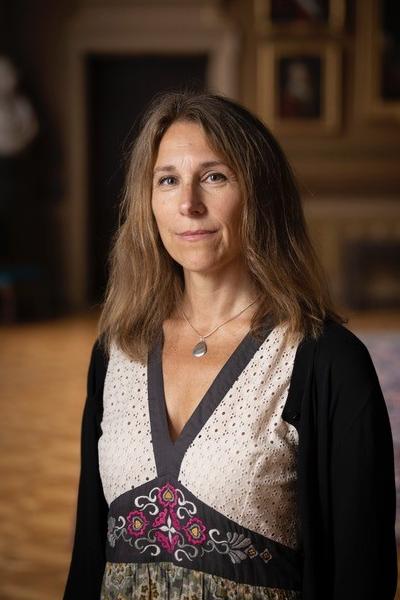