I am Professor of North American Studies and director of the Swedish Institute for North American Studies at Uppsala University. Trained as an historian I work in American immigration history and on trans-national relations between Sweden and the U.S. I teach courses in American history and race and ethnicity and serve as a commentator on the U.S. in Swedish media. I share my time between SINAS and the Swenson Swedish Immigration Reserach Center at Augustana College in Rock Island, Illinois.

Since 1985 I have shared my time between Sweden and the U.S. My base in Sweden is Uppsala University, where I am Professor of North American Studies and the director of the Swedish Institute for North American Studies. I also have a (part-time) affiliation with the Department of History, where I teach and supervise essays. In the U.S. I serve as Director of the Swenson Swedish Immigration Research Center at Augustana College, Rock Island, Illinois, a national archives, library, and research institute for the study of Swedish migration to North America. For close to three decades I served as the co-director of Augustana College´s Summer School in Sweden (ASSIS).

My research interests include American immigration and ethnic history, with special emphasis on Swedish migration to North America; transnational cultural influences, with special emphasis on the relationship between Sweden and the U.S., and the nature and dynamics of multicultural societies. I have written and edited a dozen books and written some fifty articles. My current research focuses on a book-length study of the trans-Atlantic Swedish-American cultural and social relationships since 1850.

My undergraduate degrees are from Augustana College, Rock Island, Illinois (B.A., Phi Beta Kappa) and Stockholm University (fil. kand) and my graduate training is from Uppsala University (Ph.D. 1997, docent 2005), with study and research periods at the Immigration History Research Center at the University of Minnesota and at the Stanford University Humanities Center.

My academic and administrative assignments include membership on the Board of Directors and the Publications Committee of the Swedish-American Historical Society (Chicago), and chairing Uppsala University’s Committee on Ethnic and Social Diversity. I am also the past President of Nordic Association for American Studies. Since 2015 I am the President of the American Studies Network (ASN). Since 1987, I have arranged some fifteen academic conferences and symposia in the U.S. and Sweden. 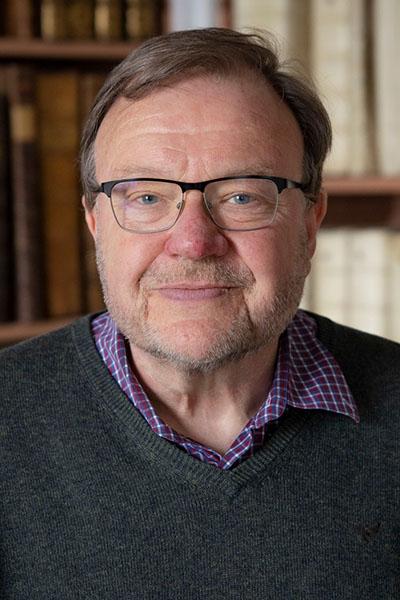