Mats Larhed was born in Västerås, Sweden, on August 21, 1964. He graduated in 1991 with a Master of Science in Pharmacy. He was appointed Professor in Combinatorial Chemistry 2007, before being appointed as Professor in Medicinal Chemistry 2015. His research is presently focused on discovering better pharmaceutical agents for treatment of idiopathic pulmonary fibrosis (IPF). He is since 2020 the Vice-Rector for Medicine and Pharmacy at Uppsala University. For full CV, see link at photography:

Mats Larhed is Professor in Medicinal Chemistry and holds at present the position as Vice-Rector for the Disciplinary Domain of Medicine and Pharmacy at Uppsala University.

Larhed is engaged in the development of the Beijer laboratory for drug discovery. He is also member of the national SciLifeLab Board,

Larhed is interested in the development of career paths at universities and he was the Chair of the Uppsala University working group on career paths and was responsible for the approved Uppsala Universities Charter & Code Human Resources Strategy for Researchers (HRS4R) application. He has served as chair for quality assurance evaluations of the Swedish University of Agricultural Sciences (SLU) and of the University of Borås.

Larhed is member of The Royal Society of Sciences in Uppsala, The Society of Arts and Sciences of Uppsala and The Royal Swedish Academy of Engineering Sciences (IVA).

Mats Larheds teaching activities have been directed toward students in pharmacy, chemical engineering and biomedicine. He early developed web-based examinations and lectures for his chemistry courses. His web lectures have been viewed > 30 000 times. He has overseen 22 PhD students to a final doctorate as the main supervisor and is presently supervising one PhD student and two PostDoc students.

Larheds main research interests are: I) the discovery and development of new pharmaceutical agents for treatment of pulmonary fibrosis (IPF) and other inflammatory diseases, II) development of new chemical methodologies of importance for drug discovery.

Larhed has received a number of grants from for example the Knut and Alice Wallenberg Foundation, the Swedish Research Council and the European Commission Framework Programs as well as a couple of prestigious awards, including The Holmquist Prize. He has published more than 220 scientific articles and a number of approved patents. 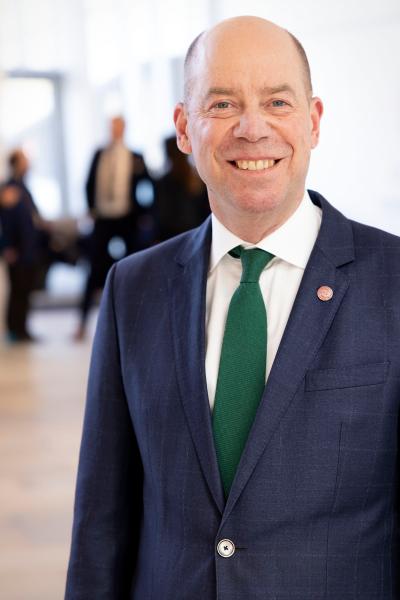