I defended my doctoral thesis, entitled Relative infinitives in English, in 1995 (Geisler 1995). My dissertation was awarded Westin Prize by Kungliga Humanistiska Vetenskaps-Samfundet i Uppsala in 1996 (reported in Geisler 1996). One follow-up article of this project was the article Infinitival relatives in spoken discourse (Geisler 1998), which shows that relative clauses have a clear and principled distribution in speech and that relative infinitives are dependent on the ordering of given and new information.

I continued with another much-discussed topic of infinitival clauses in Geisler (1997). This article showed that the relationship (control) between an infinitive and its understood subject is guided by pragmatic principles and that reference is frequently situationally determined. Additional articles on relative infinitives include Geisler (1992a and 1992b)

Two articles together with Christine Johansson investigated finite relative clauses in spoken discourse. In Johansson & Geisler (1998), we looked at structures with preposition plus wh-relativizer (as in the way in which and a place at which) and showed that these constructions are also frequent in conversation. In a later study, Geisler & Johansson (2002), we argued that there are clear differences between British and American spoken English with regard to the use of relativizers, and that these differences are important for second language learners.

Relativization in Ulster English is the topic of Geisler (2002b), where I show that very few speakers use the wh-forms who-which-whose-whom, and those who do use such forms to any great extent belong to certain occupational groups. In Geisler (2008), the same data is reanalyzed using a statistical method called logistic regression.

In 1997, I joined the Lexin project at the National Agency for Education (SwedishSkolverket). I was asked to investigate the possibility of creating an English-Swedish dictionary for the Internet by electronically reversing an existing Swedish-English dictionary. The project ran over a period of three years, and involved several assistants with a total work-time of 2 1/2 man years. The total number of lexical correspondences delivered to Skolverket was over 33,000. The web-based Lexin dictionaries remain a frequently used on-line resource (http://lexin.nada.kth.se/lexin/). The project is summarized in Geisler (1999 and 2002c). In the field of computational lexicography, I have also written two reviews (Geisler 2000 and 2008).

I have assisted doctoral students in their research in a variety of ways. At the request of Professor Kytö, I gave a course within Riksbanksfondens Forskarskolaon linguistic databases using Microsoft Excel. This course not only introduced doctoral students to quantitative approaches, but also provided them with a methodological framework. In May 1998, I was invited to give a course for doctoral students on corpus linguistics at the Department of English, Umeå University.

My computational skills have helped numerous doctoral students and scholars obtain corpus data or helped them annotate corpus data. I have devoted considerable time to learning parts-of-speech tagging (POS tagging) and the Linux operating system. During the spring of 1999, I tested various taggers, and mastered both the heuristic probabilistic taggers Brill, T-n-T, and the Tree tagger, as well as the rule-based EngCG-2 tagger. I have tagged the CONCE corpus, and several other corpora including A Corpus of Spoken Professional American English. In many cases, the texts had to be substantially pre-processed before tagging. In my research I primarily use the programming language Perl. For statistical analyses, I use make use of R (available at http://www.r-project.org). I gave an introductory course on statistics with R in the spring of 2009.

In 1999, I began a series of studies using Biber’s multi-feature/multi-dimensional framework. The first paper, Geisler (2002a), investigates registers in the CONCE corpus diachronically through the 19th century. This study was followed up by another report on gender-based variation in men’s and women’s letter writing using the personal letters register of the CONCE corpus (Geisler 2003). One article analyzes the language of men and women in formal American speech using the multi-feature/multi-dimensional approach (Geisler 2002d).

In my teaching, I have covered a number of courses in English language proficiency and English linguistics. Currently, I teach B-level grammar, B-level linguistics, as well as courses on our Masters’ program (Corpus-based investigations of grammar and Advanced linguistic analysis). I supervise students writing term papers on both the undergraduate and master’s levels.

More recently, I have compiled a corpus of learner English (ULEC) together with Christine Johansson. In Johansson & Geisler (2009), we describe the corpus and show how the notion of the T-unit can be used as a diagnostic tool to investigate syntactic development among L2 learners. The question of measuring the syntactic development of Swedish L2 learners of English is treated further in Johansson & Geisler (2011).

A new project is entitled Early English by non-native speakers in early modern Sweden. The project investigates the rare uses of English by Swedes in the 17th and 18th centuries. One example of the use of English is the Swedish physician Henrik Gahn (1747-1816) who wrote a travelogue during a journey to Britain in 1772. In addition, while practising as a physician in Edinburgh in 1772-3, Dr. Gahn composed a large number of his medical case books in English. 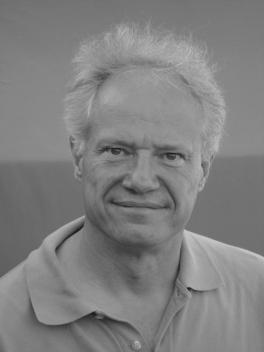