Danuta Fjellestad is currently faculty member of the Futures of American Studies Institute at Dartmouth College. In the past she was Visiting Scholar at the Center for Twentieth-Century Studies, University of Wisconsin-Milwaukee (1986, 1989), Columbia University (1996), Bucknell University (2000-2001), Franke Institute for the Humanities, University of Chicago (2008). Professor Fjellestad is the recipient of several grants and scholarships, among others from the Bank of Sweden Tercentenary Foundation (RJ) and the Swedish Agency for Innovation Systems (2004), Fulbright (2000 – 2001), the Swedish Research Council (1995-1997), ACLS (1989), and Vilas (1986). Since 2010 Fjellestad has been member of the Board of the Swedish Research Council (VR). She has worked as an expert for VR, the Research Council of Norway, Riksbankens Jubileumsfond, and STINT. She is member of the Editorial Board of Studia Neophilologica and Journal of Aesthetics and Culture, and co-editor of Acta Universitatis Upsaliensis: Studia Anglistica Upsaliensia. 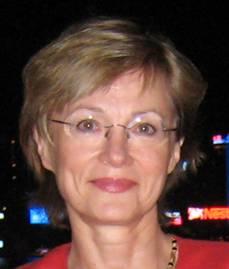