Vernon Cooray is a Sri Lankan-Swedish scientist who is a professor at Uppsala University, Uppsala, Sweden. He is the current president (2004 – 2020) of the International Conference on Lightning Protection (ICLP). Vernon Cooray is the author or co-author of around 350 scientific papers published in peer-reviewed journals and conference proceedings.

Vernon Cooray is a Sri Lankan-Swedish scientist who is a professor at Uppsala University, Uppsala, Sweden. He is the current president (2014 – 2020) of the International Conference on Lightning Protection (ICLP). This is the main conference in Lightning Protection and is attended by lightning protection engineers and Physicists from all over the world. The conference was established in 1951 by a group of eminent scientists and is now considered to be the most prestigious scientific conference in the field of physics of lightning discharges and lightning protection.

Vernon Cooray was born in Colombo on 29 November 1951. He had his education up to secondary level at De Mazenod College, Kandana, Sri Lanka, and then proceeded to University of Colombo, where he obtained his B.Sc. special degree in physics with first class honours in 1976. In 1978 he came to Sweden and read his Ph.D. at Uppsala University under the supervision of Prof. Stig Lundquist, who was a student of nobel laureate Hannes Alfven of Sweden. After obtaining his Ph.D. in lightning physics in 1982 he joined Uppsala University as an assistant lecture. He became an associate professor at the same university in 1986. He was promoted to full professor at the same university in 2000. He was the head of the division of electricity, Department of Engineering studies at Uppsala University during the period 2000 – 2002.

Vernon Cooray received a postdoctoral scholarship from the Swedish natural science research in 1984 where he conducted research at the University of New York at Albany together with Prof. Richard Orville. After coming back to Sweden he continued to work at Uppsala University where his main research interests were in lightning physics, lightning protection and discharge physics. He has made many contributions to lightning research and a few of his most important contributions are the following. He has unified the engineering lightning return stroke models by showing that all models are different manifestation of the same concept. He also contributed in solving one of the controversies concerning the validity of Rusck model of lightning interaction of power lines. He, together with Dr. Laura Gallardo, is the first scientist to question the justification of neglecting the contribution of cloud lightning flashes in generating NOx by pointing out that they produce equal amount of NOx as do lightning ground flashes. The model he developed together with Prof. Marcos Rubinstein, the Cooray-Rubinstein approximation, is frequently used by lightning researchers in estimating the effect of lightning on power lines. He together with Dr. Marley Beccera developed the lightning interaction model SLIM which is now a popular model used in lightning attachment studies. One of his recent contributions, which he made together with Dr. Gerald Cooray, is to show the connection between the classical electrodynamics and the time energy uncertainty principle. He has supervised more than 30 Ph.D. students (Both at Uppsala University and at foreign universities) and many of his students are now active researchers working in different countries such as Mexico, Columbia, Sri Lanka, Nepal and Malaysia. He has formed a strong lightning research collaborative program between Sweden and Sri Lanka in lightning research together with his colleague and former student Prof. Mahendra Fernando who is an active lightning researcher in Sri Lanka.

In recognition of his contribution to lightning research in Sri Lanka he was awarded the D.Sc. honorary degree in 2015 by the University of Colombo, Sri Lanka. In October 2015 Vernon Cooray has received the prestigious Karl Berger Award for extraordinary theoretical and experimental achievements in lightning research.The Karl Berger Award is the highest distinction given by the International Conference on Lightning Protection (ICLP). It is given to scientists for distinguished achievements in the science and engineering of lightning research, developing new fields in theory and practice, modelling and measurements. For his contributions to lightning research and lightning protection, he was elected as a fellow of the IEEE in 2017. 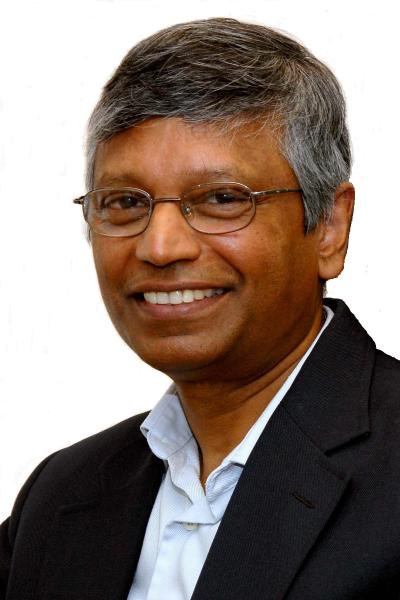