Scholars tend to locate ancient philosophers’ struggle with anthropomorphism within a discourse concerned with myth and mythology, i e., to connect it with allegorical exegesis of poetry. However, allegorical exegesis of the poetical narrative about the anthropomorphic gods centers around plots and deals with the gods’ thoughts, actions and reactions, not with their human shape. Allegoresis presupposes and operates from a philosophical image of the divine but it does not include an assessment of the gods’ anthropomorphic form. It has so far never been realized that there is a more basic problem concerning the gods’ human shape as such.

For the first time ever, the problem is here defined and the relevant material is investigated systematically to reveal ancient philosophers’ theories about how the concept of humanlike gods had arisen. Although there is little explicit evidence for an ongoing debate about the origins of the anthropomorphic image of the divine, the answer to the question often reveals itself to the attentive eye as implicit in the texts. The low rate of explicit discussion is a sign that for a long time one specific model was so predominant as to be next to a communis opinio. According to this model, as reconstructed by me, the idea of gods in human shape was a deplorable result of linguistic misunderstanding. Once, in the time of early mankind, there had been made valuable and truthful accounts describing the influence and operations of the divine in the cosmos by means of a metaphorical language, thereby drawing on such close and familiar source domains as family relations, sex, and the human body. When in the course of time people lost sight of the fact that all these fathers and mothers, marriages and love affairs, arms, heads, embraces and quarrels were to be understood metaphorically, and began to take them literally, they came perforce to believe in a pantheon of real mothers and fathers, men and wife and so on.

This model, which I think can be safely reconstructed from the texts, is described in full in the third chapter (3.1.1.). Explicit statements mostly represent more marginal opinions. Thus, for instance, the rather modern-looking theory that can be worked out from Xenophanes, fragments 14–16 Diels/Kranz remains unique throughout (ch. 3.1.3).

Both these two models effectively preclude any possibility of assigning a philosophically acceptable significance to the anthropomorphic images of the gods. For this, a radically different view of origins was required, one that held anthropomorphism to have been intentionally invented with the aim to symbolically refer to the unrepresentable, unspeakable Supreme Being. It took a very long time for ancient philosophy to come up with such a theory. The first case attested is in the later work of Varro (ch. 4). Other advocates of a model of this kind are Plutarch, Dio Chrysostomus, Cornutus and Maximus of Tyre (ch. 5).

The logically most attractive model for explaining the rise of the anthropomorphic image of the divine claimed that the anthropomorphic gods had in fact once been men. This is the theory put forth by Euhemerus. Although this model found very few followers until Christian authors seized upon it, an extensive treatment is called for because of the mistaken ideas about it in current scholarship (ch. 6).

Unfortunately, the table of contents is incomplete in the monograph. Here is the correct version of the main chapter titles:

Lectures have been held on the topic at the universities of Uppsala, Stockholm and Lund, Tromsø, and Leuven. A paper with the title “Air is Ether’s Sister and Consort.” Primeval Metaphor and the Anthropomorphic Image of the Divine, was given at the conference The Olympian Gods: Local representations, Universal Principles at Durham University in July 2009. A Workshop called Philosophical Attitudes to the Anthropomorphic Image of the Divine was held at the Department of Linguistics and Philology in Uppsala on April 8, 2015, with Heinz-Günther Nesselrath and Balbina Bäbler of Göttingen and Clara Auvray-Assayas of Rouen as guests.

Abstract: A number of ancient texts ascribe to the well-kown sophist Prodicus a theory concerning the rise of religion according to which early men came to regard and worship as gods all kinds of things useful to life. Modern scholars often claim that Prodicus also envisaged a second stage during which inventors of useful things came to be considered divine. The evidence adduced is a passage from Philodemus’ On Piety, which is then, more or less explicitly, considered superior to the other testimonies. The Stoic philosopher Persaeus is here reported to have briefly sketched and endorsed Prodicus’ theory in one of his works. However, a thorough syntactical analysis of the passage reveals that it confirms the rest of the evidence. The second stage obviously alluded to in the damaged text of the papyrus is without doubt ascribed to Persaeus himself.

Other interests and research work:

Vergil and his influence

One lasting focus has been on Vergil’s work, including its background and reception. Here, the theme of the Golden Age and the mythical history sketched out in the Aeneid were found to be topics in need of thorough scholarly revision. Saturn’s and Janus’ reign in Latium must have been an invention by Vergil himself. His vision was then transformed by others into ‘real’ history in a process beginning very soon but never completed in a pagan context. Christian authors then restarted from the Aeneid, constructing their own euhemeristic version of the story of Saturn and Janus but wrongly taking for granted that Vergil himself was just reflecting earlier tradition (se my Vergil und die Tradition von den römischen Urkönigen, Stuttgart 1997, cf. my article in Vergilius 32, 1986 as well as ch. 2 of my doctoral thesis Das ideale Dasein bei Tibull und die Goldzeitkonzeption Vergils, Uppsala 1981).

My small monograph Vergil og Tityrus (in Danish, 1998) is devoted to the biographical approach to Vergil’s Eclogues. Starting almost in Vergil’s own time this soon became the dominant approach to these difficult poems. This is the first book-length study ever of the topic.

Already in 1983 I published a brief article on the famous problem, discussed since antiquity, concerning the inconsistency between Aeneid 3 (Aeneas being unaware of the goal to head for) and the end of Aeneid 2 (where Aeneas is explicitly informed about his goal by his lost wife appearing to him). The solution of the problem is quite simple, and it is odd indeed that it has gone unnoticed for centuries. A slightly more elaborated English version was presented at a Vergil conference in Tromsø in May 2008.

Two articles deal with a Christian interpretation, or rather usurpation, of Eclogues 1, 3, 7 and 9, found in a small tract by the French 12th century Augustinian prior Hugo de Folieto (2011; 2013). The find is remarkable, for so far, it had been taken for granted that only Eclogues 4 and 5 had been subject to Christian adaptation. The fact that the text is available in a printed edition since 1961 makes it all the more baffling that it has escaped the eyes of Vergilian scholars. The case was drawn to my attention when the National Library of Oslo initiated a project aiming at a comprehensive study of Medieval Latin manuscripts in Norway, whereby a hitherto anonymous parchment fragment in Olso was identified as containing a passage from Hugo’s tract.

In the 17th century, for a leading political power like Sweden, a glorious prehistory going back to time immemorial was indispensable. The process answering to this need began already with Johannes Magnus, who in the first book of his great Historia de omnibus Gothorum Sveonumque regibus (1554) took resort to a prestigious set of ‘sources’, ingeniosly adapting them to provide proof for Sweden’s venerable origins going back to Noah. In reality, these alleged very ancient sources had been written in the 15th century by Annius of Viterbo. My monograph Annius von Viterbo und die schwedische Historiographie des 16. und 17. Jahrhunderts (1992) reveals the basic role played by Annius‘ forgeries in constructing and expanding the illustrious national prehistory of Sweden in printed texts down to the days when imaginary history was condemned and consequently, such immensely influential ‘sources’ as the Annian ‘Berosus Chaldaeus’, ‘Fragmenta Catonis’, ‘Archilochus Graecus’ and the rest were relegated to the realm of silent shadows.

A Latin lecture given at three German universities, printed in 1992, presents a general survey of Annius and his influence. Another article (‘Tyrrhenus the Degraded Hero’, 1993), shows Annius’ triumphant demonstration that Viterbo is the oldest city in the world to be only the end point of a gradual process that can be partially reconstructed within those texts that Annius chose to include in his Antiquitates of 1498. (Of course, he was unaware that 65 years later, proofs were to be presented by Johannes Magnus that Uppsala is even older than Viterbo.) 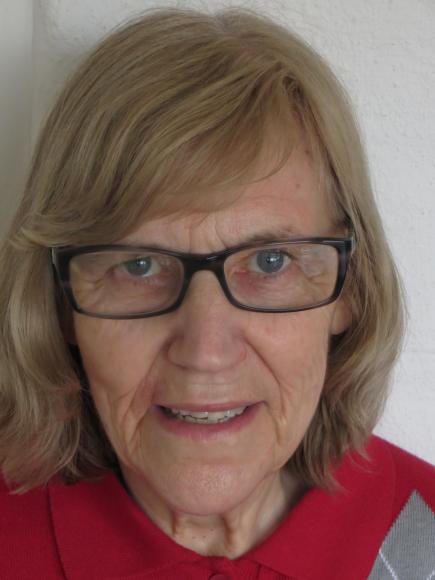