Maria Eriksson Baaz is professor in Political Science, specializing in International Politics at the Department of Government, Uppsala University. Her teaching and research interests span over international relations with a focus on politics in and on Africa, critical security and military studies, research ethics, gender and post-colonial theory.

Over the years I have conducted research within a range of areas. My initial research (and PhD.) was situated within postcolonial studies and analyzed donor and development worker identities and the manifestations in development practice. After this I have continued research within the field of postcolonial studies, in relation to security governance and humanitarian interventions. In my post-doctoral work I widened my research areas quite substantially by venturing into research on gender, militarization and violence, with a specific attention to conflict related sexual violence as my main research area. The initial projects focused on perpetrators of violence and military organizations and were based on in-depth interviews and ethnography with soldiers and officers in the Congolese (DRC) state armed forces. My subsequent research has aimed to develop a better understanding of the dynamics and logics behind the immense variations of sexual violence committed against women, girls, men and boys in conflict settings.

In addition to this I have also conducted research on security governance through security sector reform, as well as informal taxation/corruption and civil-military relations, with an empirical focus on the DR Congo. Recent years I have become increasingly engaged in questions around research methodology and ethics and I am also currently a member of member of the Expert Group on Ethics at the Swedish Research Council (Vetenskapsrådet), the Scientific Advisory Board at Sida and the Ethics Examination Authority (Etikprövningsmyndigheten)

Exploring the research backstage: Methodological, theoretical and ethical issues surrounding the role of local research brokers in insecure zones (funded by the Swedish Research Council, 2018-2020) together with Mats Utas and Swati Parashar. The project takes its point of departure in the fact that most research in conflict and other insecure settings would not be possible without what we have termed “facilitating researchers” (otherwise often referred to as assistants, brokers of fixers) from and based in the research context. Yet, their crucial contribution and situation tend to be shrouded in silence and they often work under difficult conditions. The project, which is based on participatory interviews and workshops, provides novel insights into the dynamics that shape the relationship between contracting researchers and facilitating reserachers in three current or former insecure zones: Sierra Leone, the Maoist insurgency in India, and the eastern part of the DR Congo. The main and most unique outcome of this project is a forthcoming book written by participating facilitating researchers themselves in these three settings.

Sexual Violence along the War and Peace Continuum, together with Maria Stern and Swati Parashar (funded by the Swedish Research Council, 2019-2022). Despite the well-established notion that sexual and gender-based violence runs along a continuum, there is little empirically based scholarship that explores how peacetime rape and wartime rape differ and/or are similar. Moreover, there has been a marked divergence in the explanatory frames for explaining rape in peacetime in relation to wartime rape among scholars and advocates alike. This project seeks to bring the fields of “conflict related” and “peace-time” sexual violence together and analyses the continuum and non-continuum of sexual violence between war and peace. In addition to providing original empirical data on how the forms, contexts and logics of sexual violence differ and converge by collecting original data in the DR Congo and India, it also seeks to enhance our understanding of the frames that limits our abilities/willingness to note and address continuances of violence. 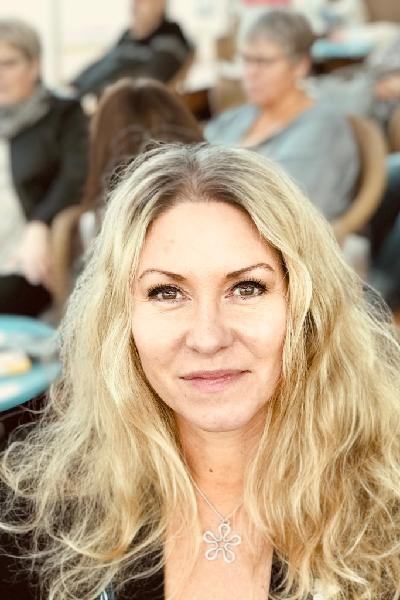