My research focuses on the relationship between literary form and the production of knowledge in the eighteenth and early nineteenth century. I am a Postdoctoral Researcher on the project Early Citizen Science, where I am examining the paper and literary technologies used by botanical collectors in the British colonies, 1750-1840.

As well as teaching (see below), I have held editorial and organizational responsibilities. I worked as the Editorial Assistant at Ambix, the Journal for the History of the Society for Alchemy and Chemistry (2016-2020), and as Research Assistant on The Collected Letters of Humphry Davy, ed. Tim Fulford and Sharon Ruston (Oxford: Oxford University Press, 2020), and on the Collected Letters of Thomas Beddoes project. I have organized international, interdisciplinary conferences at Oxford, York and the Huntington Library, California, and I act as a peer reviewer.

I have taught on English Literature modules from Undergraduate to Masters level, with teaching specialisms in the long eighteenth century, postcolonial literature, and literary theory. I gained Associate Fellowship of the Higher Education Academy (UK) in 2018.

I am currently teaching in the Department for the History of Science and Ideas on Idéhist A and B courses, including sessions on the colonization and decolonization of British museum institutions.

I am also interested in study skills and outreach teaching in various forms: I worked as a Writing Tutor at the University of York’s Writing and Language Skills Centre for four years from 2016-2020, and I taught “Jane Austen: Works, Life, Legacy” at the Centre for Lifelong Learning, York.

I am always open to receiving enquiries from students seeking advice on study skills and essay writing skills.

Student-Led Forum, ‘Humanities and Beyond: A Symposium Day on Interdisciplinarity’ (2016)

‘“And Breathes a Spirit through the Finish’d Whole”: Empiricism, Poetry and Devotion in Anna Barbauld’s Poetic Epistemology’, European Romantic Review 33, no. 6 (December 2022).

‘“All the productions of that nature”: Ephemera, Mycology and the Sexual System at the Bulstrode Estate’, Journal for Eighteenth-Century Studies 42, no. 4 (2019), 519-39.

My research aims to uncover new aspects of the relations between literature and science by examining how eighteenth-century writers – particularly those excluded from traditional narratives of knowledge production – enlisted literary form to shape the knowledge that they were creating.

In my PhD thesis, ‘Women, Empiricism, and Epistolarity, 1740-1810’, I explored the intersections between empirical methods of knowledge production and the letter form in women’s writing. I examined letters and broader cultural productions by female botanists and writers, including Margaret Bentinck the Duchess of Portland, Elizabeth Montagu, Anna Barbauld and Joanna Baillie, to discover how British women writers drew on the ubiquity of epistolary culture that surrounded them to engage in epistemological debate, and to contravene a dominant, masculinized empirical mode of knowledge production.

In my current work on the Early Citizen Science project, I continue to use the tools of close textual analysis to answer questions about knowledge production, in the context of Linnaean colonial collecting. Using archival material at the Royal Botanic Gardens, Kew, by individuals such as Alan Cunningham, George Caley and Archibald Menzies, I am investigating how the textual and material qualities of Kew’s Linnaean instructions shaped British colonial collecting, and how textual strategies concealed exploitative collecting practices.

I am always delighted to hear from potential collaborators, and to connect with other scholars on questions of research content and method. 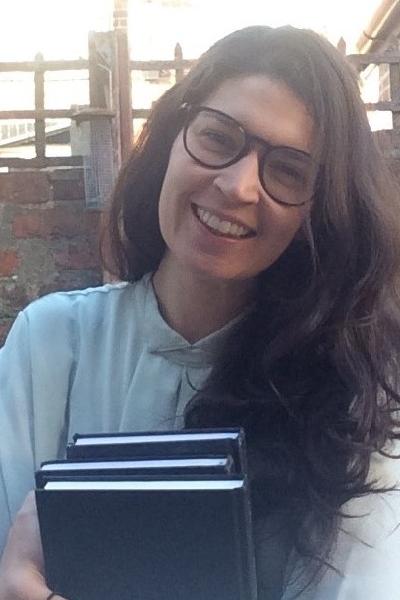