A researcher with experience in medicinal and organic chemistry research as well as chemistry education research at a university level. My current research focuses on the synthesis of novel matrices for MALDI mass spectrometry in order to detect various small molecule analytes with high sensitivity and selectivity.

Luke Schembri was born in Melton, Australia in 1990. He completed his Bachelor of Pharmaceutical Sciences (with Honours) at Monash University Parkville in 2011. He then completed his PhD under the supervision of Associate Professor Bim Graham and Professor Peter Scammells at the same institute which focused on the synthesis and biological evalution of fluorescent opiate ligands from 2012 to 2016. He then spent one year as a postdoctoral researcher on projects such as: the design and synthesis of fragment libraries as HIV reverse transcriptase inhibitors, the synthesis of covalently bound inhibitors for studies on the human muscarinic receptors and synthesis of Aminopeptidase N inhibitors for the treatment of cancer. He then moved to Uppsala University in Sweden in 2017 to continue post-doctoral studies under Associate Professor Luke Odell investigating the synthesis of acylsulfonamides as bioisosteres of carboxylic acids via palladium-catalysted carbonylative coupling.

Throughout his education, Luke has always kept a keen interest in chemistry education. Beginning from his undergraduate years, he has been involved in hosting extra tutorials for students seeking extra help in organic chemistry, has been a teaching associate in organic and physical chemistry during his PhD and now lectures and caretakes masters students at Uppsala University during their Fördjupningsprojekt i organisk farmaceutisk kemi course which they undertake in our laboratory. Additionally, he has worked closely with Dr Elizabeth Yuriev in chemistry education research, investigating student study habits and metacognition (problem solving).

Luke's current research focuses on the synthesis and evaluation of novel, selective and sensitive matrices and reagents to be used in MALDI mass spectrometry. 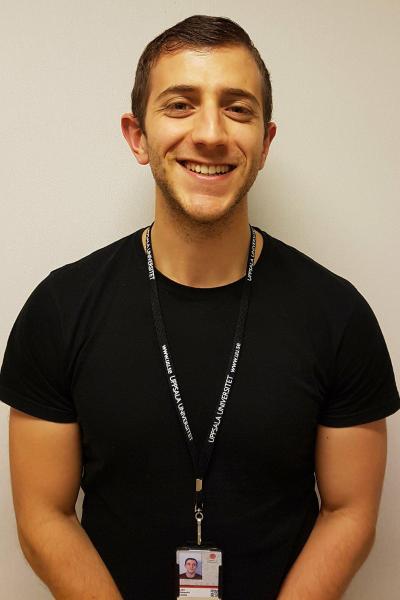