Explosive volcanic eruptions pose a considerable risk for both the local (through pyroclastic flows, lahars, volcanic ash, electric storms, landslides) and global populations and infrastructure (interruption of air traffic, aerosols and volcanic gases causing climate change and poisoning). However, the conditions under which rhyolite magma reservoirs erupt explosively vary and are often hard to identify during volcanic unrest. It is therefore difficult to estimate and communicate the associated volcanic risk.

In an attempt to improve preparedness and early warning, I aim to (1) study remnants of un-erupted magma pockets exposed at the Earth’s surface that provide insight into pre-eruptive conditions, (2) identify and model triggers of explosive eruptions from such magma pockets, and (3) study ways to efficiently inform decision makers about such eruptions and the associated uncertainties. 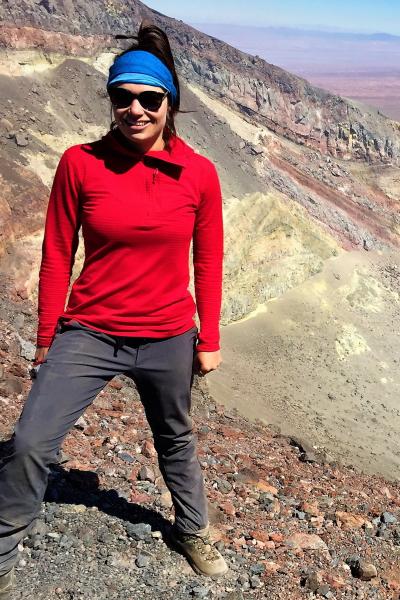