I received my PhD in the History of the Soviet Union from King's College London in 2015. I have held postdoctoral fellowships at the Higher School of Economics in Moscow and now at the Institute of Russian and Eurasian Studies. I am the Assistant Editor of the Journal of Baltic Studies.

My research interests include the history of Soviet Latvia, the Khrushchev era USSR, nationalism and nationality policy in the Soviet Union, Soviet political purges and centre-periphery relations.

I received my PhD in History from King's College London in November 2015. My thesis was entitled ‘The Thaw in Soviet Latvia: National Politics 1953-1959’. I was a postdoctoral fellow at the International Centre for the History and Sociology of WWII and its Consequences at the Higher School of Economics in Moscow in 2016-2017. I have been a postdoctoral researcher at the Institute of Russian and Eurasian Studies at Uppsala University since August 2017. I have been the Assistant Editor of the Journal of Baltic Studies since January 2018.

My research interests include nationality politics, centre-periphery relations and the Soviet Baltic. My current projects include an article about a wave of purges across the Soviet Republics in the late 1950s, and larger projects about the changing relationship between the Soviet centre and the periphery between 1944 and 1964, and patronage systems in the Soviet system focusing on the careers of Soviet chief ideologue Mikhail Suslov and his protégé Soviet Latvian leader and later Politburo member Arvīds Pelše. My publications have appeared in Europe-Asia Studies, Nationalities Papers, the Journal of Baltic Studies, and the Journal of the Institute of Latvian History. 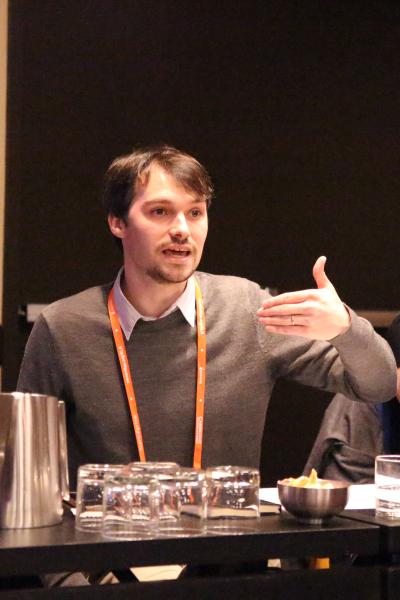