My research interests revolve around how gender relations are co-produced with humans' relations to animals, ideas about different kinds of animals and the rural. I am especially interested in the agricultural setting and how ideas around, as well as interactions with, cattle and horses shape and are shaped by notions of gender. My methodological focus is on ethnography and I often work with hands-on participant observation. I also enjoy creative and alternative research dissemination.

After a M.Sc. in "Africa and international development cooperation" at Gothenburg University (2007) and a M.Sc. in "Anthropology" from Université de Montréal (2010) I earned my Ph.D. in "Rural Development" from the Swedish University of Agricultural Sciences (SLU) (2016).

The first M.Sc. thesis focused on policy incoherence of EU's agricultural trade and food aid in Ethiopia and the second M.Sc. thesis explored gender and work identity among the working cowboys in the Canadian west. My PhD thesis titled "Women's cattle ownership in Botswana - Rebranding gender relations?" looks into the dynamics of intersectionality between gender, class, ethnicity and race for women's relations to cattle in the Kalahari part of Botswana.

Since June 2016 I am working as a researcher here at the Centre I am currently involved in a project with an empiric focus on Sweden through the project - Changing Animal Bodies: Breeding Responses to Environmental, Economic and Social Pressures, funded through FORMAS

Currently, I am working in the project titled Global equestrian cultures in change: New gendered human-horse relations emerging from Western riding?, funded by the Swedish Research Council (VR) . It is a three year international post-doc that is placed at the Centre for Gender Research and includes a Visiting Researcher stay at CU Boulder in Colorado, USA, and a Visiting Researcher stay at Université de Liège, Belgium. 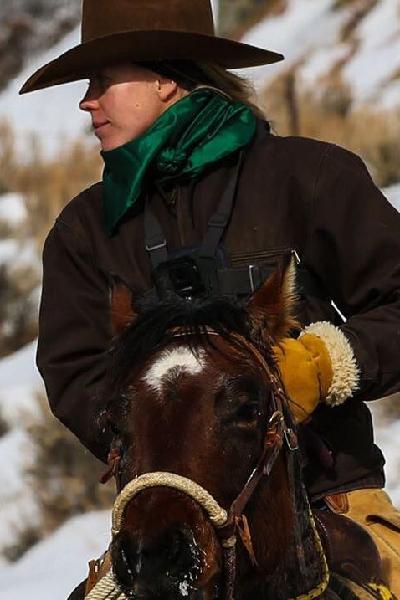