My main interest lies in sperm biology and the detection of mechanisms/ genetic processes behind evolutionary adaptations, sexual selection and to what extent this triggers evolution and/or adaptations. I am working on revealing genetic and environmental contribution in behaviour & phenotypic variation in responses to different environmental conditions. Via my doctoral education with S. Immler, I have specialised further into sperm biology, esp. epigenetics & small RNAs.

I started my PhD education at the Evolutionary Biology Center of Uppsala University in Sweden with a project investigating sperm mediated epigenetic effects. The aim of my PhD project is to assess where in the sperm the trigger for this mechanism lies and how this is transferred into the offspring. The experiments will be conducted with the zebrafish as a model organism. This is an ideal study system, as its entire genome is sequenced, many genes are annotated and it has external fertilization allowing in vitro fertilization assays.

This project focuses on detecting geographical patterns in polyandry and morphology in matched pair-populations of the bush-cricket Metrioptera roeselii with different levels of isolation. Gene-flow among populations occurring in continuous areas of the species’ distribution is higher than among isolated populations and we beleive that this has influenced selection on adaptive traits (Cassel-Lundhagen et al. 2011). Data from field-collected specimens indicates that females of populations from the continuous area of distribution differ significantly in size along a latitudinal gradient and that the mating behaviour varies both in relation to size and latitude (Kaňuch et al. 2013). Because separating genetic and environmental effects in field-based data is virtually impossible I have developed methods for laboratory rearing of M. roeselii. The established laboratory populations are currently used in several studies. In our work we have examined if laboratory rearing of first- and second-instar nymphs collected from the field in spring removes enough environmental variance so we can estimate genetic differentiation in adults between populations. Currently I work with comparing body mass and morphology of individuals raised in the lab from the first and second instar stage with individuals collected from the wild in the same year. To examine the robustness of this method (comparing data from field-caught and lab-reared individuals with entirely field-reared individuals and entirely lab-reared individuals) to detect adaptive genetic variation among wild M. roeselii populations, I have also reared eggs from the previous breeding season under controlled laboratory conditions over winter. Eggs have recently successfully hatched and I plan to rear this F1-generation to adulthood and record body mass and morphology as above. This will significantly reduce the environmental variance in growth and development of eggs and nymphs and will hopefully provide an even stronger basis for future studies on genetic divergence in body size among populations.

I have been working in the Stenberg-lab to unravel the influence of the three different genotypes Salix viminalis, Salix dasyclados and Salix cinerea on the behavior of the braconid parasitoid Perilitus brevicollis.

The aim of this project was to determine to what extent the genotype of the plant influences the development and host choice of the parasitoid through their host, the herbivore Phratora vulgatissima. It was reared in a common garden experiment on one of the three different genotypes of Salix and tested via olfactometric analysis. This herbivore acts as a pest organism on Salix and can affect plantations severely, once an outbreak started.

The framing project to this is called “New bodyguards in Salix short rotation coppice: how can the effect of parasitoids be maximized?“, funded by FORMAS. To finance myself, I got a personal grant funded over six months by the EU programme LEONARDO DA VINCI.

In this project I worked as a laboratory assistant of Ane Laugen. It was the M. Sc. project of her student Warren Kunce, whom I helped to plan and perform factorially designed quantitative genetic common garden experiments. I also took care of the laboratory populations of the yellow dung flies (Scathophaga stercoraria).

4) Global overview on practice and research on retention forestry (projectpage)

In this project I assisted Lena Gustafsson in organising and hosting a work-shop with the co-authors of the papers "A major shift to the retention approach for forestry can help resolve some global forest sustainability issues" and "Retention Forestry to Maintain Multifunctional Forests: a World Perspective" which were substantially written during the workshop.

I received my undergraduate education in Germany at the Leuphana Universität Lüneburg where I studied Environmental Sciences (Diplom Umweltwisenschaften) at a Masters level. In the last year of my studies I was placed at SLU Uppsala in the group of Anna Lundhagen in a scientific internship of 6 months where I developed my thesis-project “Patterns of polyandry in the bush-cricket Metrioptera roeselii along a latitudinal gradient”. 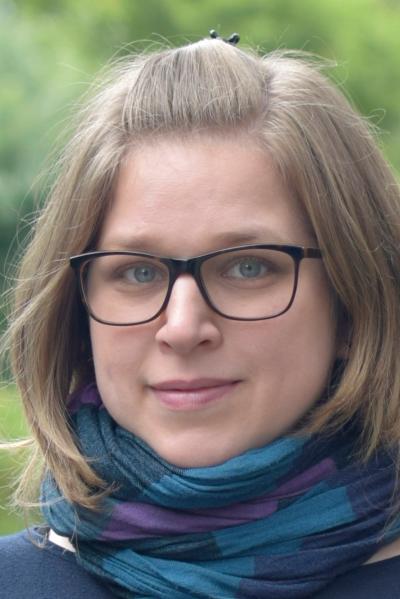